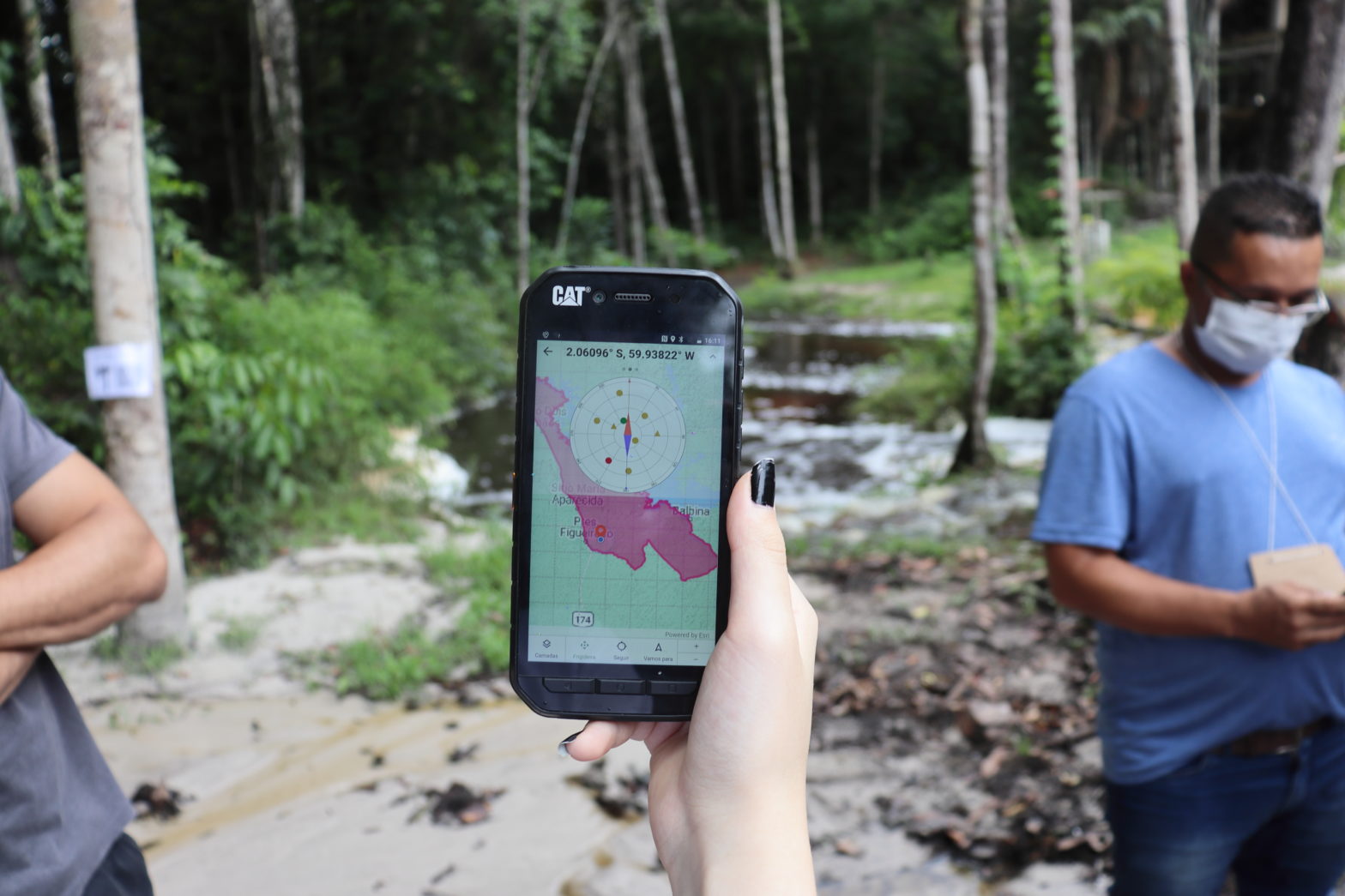 The app allows inspectors and indigenous people themselves to record data on biodiversity, public use, and threats to these areas, which may later become complaints or reports. It is used in over 50 countries.

What is it
it allows indigenous people, inspectors, and other environmental agents to include geo-referenced data on fauna and flora, public use, deforestation, forest fires, and other issues to feed reports that help develop public policies. 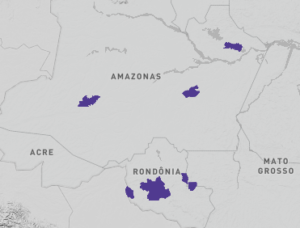 In the Uatumã and Uacari Sustainable Development reserves, and in the Matupiri and Sumaúma state parks, in the state of Amazonas; and in the Uru-Eu-Wau-Wau, Igarapé Lourdes, Pacaás-Novas, Sete de Setembro indigenous lands, in the state of Rondônia; and in 54 other countries.

Created a decade ago by environmental entities with global reach, Smart technology, an acronym for “Spatial Monitoring and Reporting Tool”, has gained traction around the world and is currently used in over 600 protected areas in 55 countries. In Brazil and neighboring nations such as Colombia, Argentina, and Paraguay, it has even reached public policy status and helps to improve the management and optimization of human and financial resources of national parks, indigenous lands, and other protected areas.

Present in the Brazilian Amazon since 2019, the application supports the maintenance of four state conservation units in Amazonas and indigenous territories in Rondônia. Operations are in full steam over the past few months, when training took place in several communities. The app helps in the identification of deforestation, fire, and other crimes in these places, associated with other technologies such as drones. The collected data can be used in inspections and in the improvement of governmental, private, and civil society actions.

PlenaMata spoke about this tool with Felipe Spina Avino, leader of Conservation Technologies  at WWF-Brazil, one of the entities that brought it to Brazil in 2019. A Biologist at the University of São Paulo (USP) and master in Sustainability Education from London South Bank University (England), he has already worked in South Africa and the United Kingdom with urban issues, management of protected areas, innovations in conservation, and biodiversity monitoring. Spina is also Smart’s focal point in Latin America.

“The app can build databases with organized and analyzed information, shedding light on the impacts and needs for improvements in public policies for the conservation of biodiversity. Thus, it is possible to know where and how to invest to get better results in the protection of natural environments,” he explained.

Check out the main excerpts from the interview below:

PlenaMata—Who are the entities involved and why did they get together to create the tool in 2011?

Felipe Spina – The environmental area suffers from a lack of human and financial resources in Brazil and almost everywhere around the world. Therefore, the Frankfurt Zoo, Wildlife Conservation Society, North Carolina Zoo, Panthera, Peace Parks Foundation, Wildlife Protection Solutions, Zoological Society of London, and WWF have come together to develop a tool that can be used free of charge anywhere in the world to improve the management of protected areas.

The technology, created by conservationists and for conservationists, measures the impacts of conservation actions of public, private, and non-governmental entities more accurately and in real-time. In addition, available information is often not organized and accessible to improve management and decision-making in protected areas. With support from the Moore Foundation, WWF brought the tool to Brazil in 2019 and adapted the system, manuals, and training to Portuguese and Spanish.

How does Smart work, from the forest to the computer?

The app operates on Android phones and tablets. This year, an update will allow you to use it on Apple devices. Instead of carrying a GPS, cameras, papers, and pens, inspectors and other agents in environmental functions concentrate data collection on the phone. The technology allows everything to be annotated in an integrated and georeferenced way.

Back at the base, the information is downloaded, organized, and can generate management reports for the protected areas. With the tool, one can capture data on biodiversity conservation, presence, and movement of species, as well as on illegal activities, patrol routes, natural resource management actions, public use, and several other parameters.

Even information about the weather or infrastructure conditions and distances traveled in field trips for inspection, for instance, can be recorded and made available to technicians and public and private managers. All this allows for new and better approaches to conservation activities, combining technology, databases, training, and qualified use of the collected information.

Who can use the technology?

Its code is globally open. Thus, it is available to public agencies at all levels, managers of protected areas, indigenous and traditional communities, scientists, and other researchers. All these publics can use the app to build databases with organized and analyzed information, shedding light on the impacts and needs for improvements in public policies for biodiversity conservation. Thus, it is possible to know where and how to invest to obtain better results in the protection of natural environments.

What procedure do users follow in the event of criminal deforestation within a protected area?

Faced with illegal actions such as deforestation, the users can register the type of felling – selective or clear cut – and coordinates as well as add photos and other useful information to characterize the crime. Next, the georeferenced information is downloaded to a computer or directly to a cloud database.

Then, reports can be generated organizing the identified illegal actions by specific areas or periods, helping to measure and map these problems. With this material in hand, public agencies can organize inspection actions, investments, and conservation policies. In addition, NGOs or indigenous organizations can use this evidence to formalize complaints to the Public Prosecutor’s Office or the press. The tool does not do this alone but helps collect, organize, and map information.

Where is the tool used in Brazil?

In the Uatumã and Uacari Sustainable Development reserves, and in the Matupiri and Sumaúma state parks, in the state of Amazonas; and in the Uru-Eu-Wau-Wau, Igarapé Lourdes, Pacaás-Novas, Sete de Setembro indigenous lands, in the state of Rondônia. In these regions, we can provide adequate cell phones and even install communication systems that digitize radio signals to ensure the flow of information.

Dozens of people were also trained to use and set up the tool, as well as to create reports. Full training may require up to two weeks. When downloaded, the application is blank, it needs to be configured according to the needs of each agency and/or area which will use it. Online training should be offered this year through the Escuela Latinoamericana de Áreas Protegidas (ELAP).

In these areas, is there any example of successful actions arising from the use of Smart?

Less than a month after the training, members of the Uru-Eu-Wau-Wau indigenous community have already recorded illegal deforestation in their territory. With drones, which they also got trained to operate with the support of WWF-Brazil, they identified where the trees were felled; then, they detailed and registered the crime in Smart. Other positive uses of Smart include the identification and monitoring of harpy eagles in their native territory.

Do neighboring countries and other regions also take advantage of this technology?

One of the first experiences with the app was with the native Massai Mara people in Kenya, who use it to manage and control their territory. Each country uses it according to their needs, and today there are already over 600 protected areas in 55 countries that use Smart. It is less used in Europe – the reason for this is unknown. Its use is concentrated in Africa and Asia, which may be partly because at first, the application was only available in English and French. With its localization to Spanish and Portuguese, many other countries adopted it.

There are Smart initiatives in Peru, Paraguay, Argentina, and Ecuador. In Colombia, it has been used since 2012 and has become an official tool of the national government, helping to monitor nearly 60 protected areas, such as the Chingaza National Natural Park. A similar measure was taken in the state of Amazonas, where an ordinance adopted it as a state government technology in 2020. We also have a project to spread its use in other forest-rich Portuguese-speaking countries, such as Angola and São Tomé and Príncipe, in Africa.

In Brazil, are there experiences outside the Brazilian Amazon?

Yes, there are initiatives under development to use the application in conservation units in the Atlantic Forest. For example, in the South, we have the Turvo State Park (RS) and the Iguaçu National Park (PR), which plan to use it in actions related to the conservation of jaguars and other species.