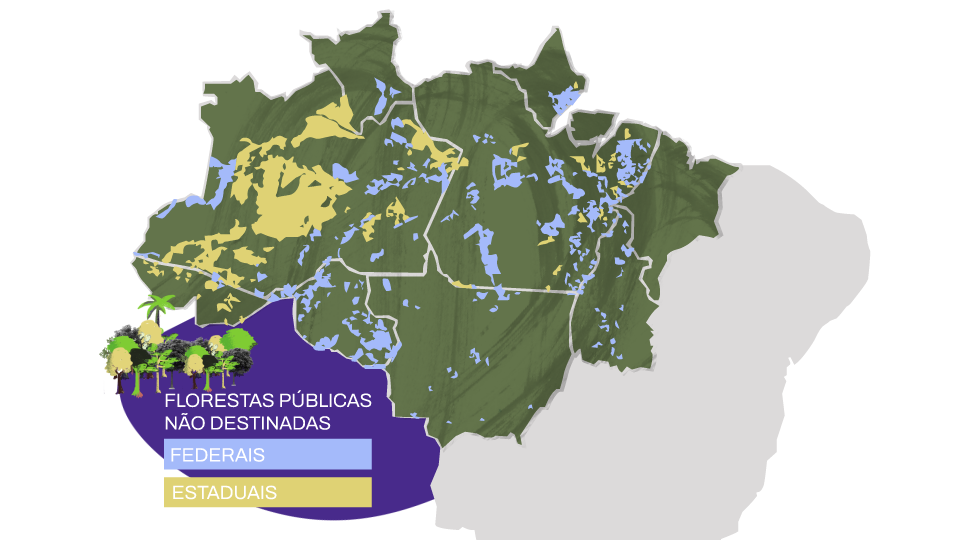 Public land that has never officially belonged to a private owner or possessor and that was never given an official status by the government.

Untitled lands make up a portion of the national territory that has been abandoned or returned by its occupants to the Brazilian State since the time of Portuguese colonization. Such lands remained under public domain with the country’s independence. The Federal Constitution of 1988 established that untitled lands that are “indispensable for the defense of borders, fortifications and military constructions, federal means of communication, and environmental preservation” belong to the Union. The remaining portions can belong to states. They are regulated by Law 6,383/1976 and must be compatible with agricultural, land reform, and nature protection policies. Untitled lands make up more than 300 million hectares throughout Brazil according to the 2006 IBGE Agricultural Census.