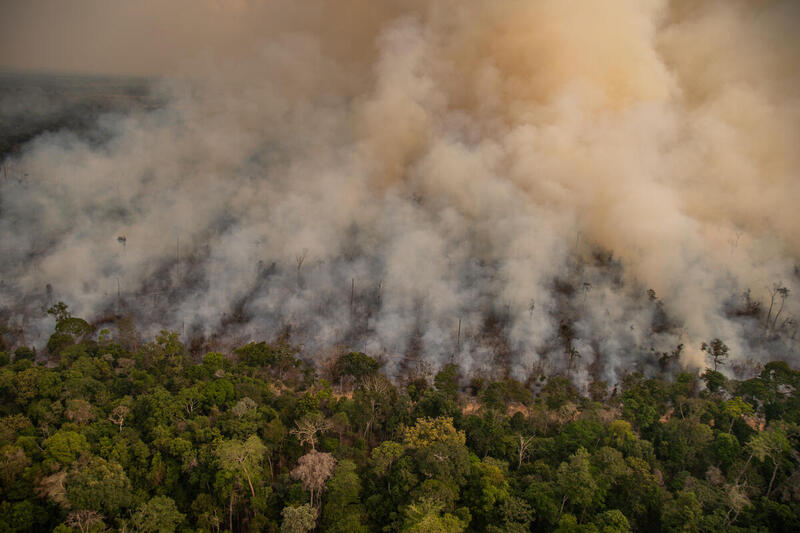 Strategic coordination across federal and state governments is needed to quickly move towards zero deforestation.

In a context of limited resources, deforestation can’t be tackled all at once, so a prioritization strategy must be adopted. The priorities will depend, naturally, on the goals set by authorities. It therefore seems reasonable to use forest clearing patterns for designing a zero-deforestation strategy.

That is what we aim to do in our new study: help public authorities prioritize. Knowing where deforestation happens isn’t enough to do this. We must also identify the levels of governments that are responsible for fighting deforestation in the Amazon’s many different territories. This is a critical input for governments’ strategic planning, as well as a key accountability mechanism. The study brings relevant insights.

Deforestation will not be eliminated without effective federal action. Nearly half of the area that was deforested in the Brazilian Amazon biome over the past decade was in federal lands. Despite occupying only 7% of the biome, rural settlements stand out for accounting for 25% of total deforestation and 54% of forest loss in federal areas during the study period. Considering that settlements have social functions, environmental protection efforts in these territories must be implemented alongside measures to promote socioeconomic development and ensure the livelihoods of settlers.

Undesignated public forests are also noteworthy. They concentrated 32% of deforestation in federal areas and exhibited a sharp increase in the rate of forest loss starting in 2019. In addition to designating these forests to conservation and sustainable uses, the federal government must also address widespread irregular occupation in this territory. Occupied areas that duly meet legal requisites must be regularized, but those that have been illegally occupied must be reclaimed by public authorities.

Although deforestation is largely concentrated in federal lands, there is much that state governments can do to protect the Amazon. There are vast extents of state forests that must be designated to specific uses to ensure their protection. Yet, it is vital that state governments prioritize fighting deforestation in private areas. They are primarily responsible for monitoring and enforcing environmental laws in these areas, which accounted for 28% of Amazon deforestation over the past decade.

States are responsible for the implementation of the Brazilian Forest Code, which is the main instrument for ensuring the protection of native vegetation inside private landholdings. The federal government can — and should — support them. It has done this in the past by creating and managing a unified federal system for environmental registries, as well as developing tools and providing input for states.

Additionally, cooperation and coordination across federal and state governments will be crucial for advancing territorial ordering in the Amazon. The region still has “tenure vacuums”, areas that are not only undesignated, but that have not yet been claimed and registered by public authorities. Nearly half of this territory already appears to be occupied. Although these “vacuums” account for about a fifth of total forest loss over the past decade, it is difficult to hold offenders accountable for what happens in areas that lack tenure information. Claiming and designating or regularizing these areas must be a priority for new governments.

Brazil stands before an opportunity to stop Amazon deforestation. To make good use of it, it is vital that state and federal governments act quickly, decisively, and in a coordinated fashion. Strategic prioritization can boost the fight against deforestation, helping achieve better results quicker. That would signal — to those who benefit from the destruction of the forest, as well as to the world — that Brazil is again committed to protecting the Amazon.

Ph.D. in Economics from PUC-Rio and Head of Conservation Policy Evaluation at Climate Policy Initiative/PUC-Rio. Her research generates rigorous empirical evidence on the effectiveness and impacts of key policies for forest protection, with a focus on the Brazilian Amazon.