A century without learning the lesson 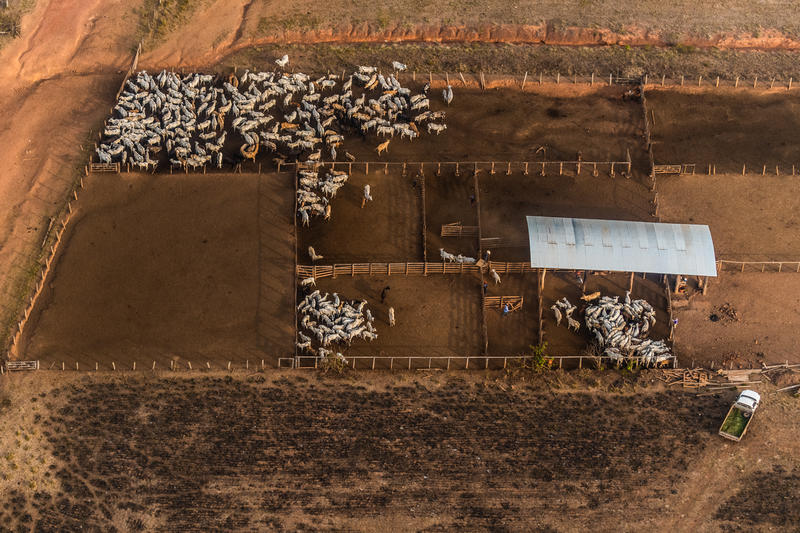 Overflown by the state of Pará in 2019, it records illegal mining, illegal logging, disastrous burning, gigantic cattle fields and so on in São Félix do Xingu.

Brazil keeps repeating the recipe that historically resulted in advance of forest destruction: selling public land at low prices to its invaders.

The book “With Broadax and Firebrand: The Destruction of the Brazilian Atlantic Forest“, by Warren Dean, is mandatory reading to understand the reasons that led to the depredation of the Atlantic Forest, which currently has only 12% of its original forest cover. It is also a reference to identify historical errors that Brazil continues to replicate in its forest ecosystems, especially in the Amazon. The similarity between facts that occurred a hundred years apart in the two biomes is uncanny. One of these examples is in the excerpts below:

“State lands were being sold for 15 to 20 percent of their market value, granting bounties to speculators and impoverishing the state. In addition, loggers were cutting trees on public land, free of laws and without paying rent.”

The first excerpt is in the book by Warren Dean. The second is in a study I coordinated at Imazon, published in 2021, with an analysis of land tenure laws and practices in the nine states of the Legal Amazon. The two excerpts refer to situations that took place a century apart. Still, this time was not enough to change the prevailing logic in Brazilian agrarian policy that elites use their power to obtain public lands at low costs.

At the end of the book, Dean, who died in an accident in 1994, wishes the history of the Atlantic Forest destruction could alert and try to avoid the same fate happening in the Amazon. It is sad to see that Brazil continues to repeat several of the formulas that have resulted in the concentration of devastated land in the hands of a few, with environmental, social, and economic losses for the population in general.

More disturbing is to realize that current governments are exacerbating some of these mistaken formulas in the Amazon. One example was the decision by the Pará state government to reduce the amount charged when selling public land.

In 2020, the State Council for Agrarian and Land Policy voted for lowering the prices in land tenure regularization cases in Pará. The Agriculture and Cattle Ranching Federation of Pará (Faepa) presented such a proposal and got approval from the other council members present at the meeting. The government then published the new values in the State Decree 1.684/2021.

An Imazon analysis showed that the new rule allows the sale of state public land for 1.2% of the average value charged in the land market in Pará. The study calculated the land price if the government decided to sell 5,540 properties in the state, identified in the Rural Environmental Cadastre (CAR, in Portuguese) in state areas without land designation. The state rule applies several indexes that further reduce the already low reference price of the land.

For example, in the municipality of São Félix do Xingu, one of the most deforested in the Amazon, the new reference land price is R$ 612 per hectare, six times below the market average. After applying the reduction indices for calculating the final price, the average value of the hectare falls to R$ 63.20 in 248 medium and large properties (from 300 to 2500 hectares). And if we add the smaller properties to this account (above 100 hectares), the final average value would be R$ 49.65 per hectare on 566 properties in São Félix do Xingu included in the study.

Fábio Nascimento / Greenpeace
Overflown by the state of Pará in 2019, it records illegal mining, illegal logging, disastrous burning, gigantic cattle fields and so on in São Félix do Xingu.

In his book, Warren Dean narrates a fact that occurred in 1954 in São Paulo in the Pontal do Paranapanema region, which, by then, still preserved a good part of its forest cover. There was a proposal to establish an environmental reserve in the region, but the area was the target of land grabbers.

Dean says that a deputy hurriedly presented a bill in the State Legislative Assembly to lease land in Pontal to private individuals “under the condition that each one preserved forest cover in one-quarter of the leased area”. The deputy claimed that this solution would be “a better guarantee for the forest because the state was incompetent to protect its reserves”.

Again, the similarities a century later are astounding, as Pará itself experienced a similar experience in 2019. The Legislative Assembly passed a new land law without proper public discussion in thirty days. The new rule eliminated a requirement from the previous law to base the price charged for the sale of public land on rural real estate market values. As the Imazon study shows, land prices were already below market in 2020. However, the suppression of this requirement in the new law opened the way for the reduction of land prices materialized in the 2021 decree.

When the state deputies passed the new Pará land law in 2019, supporters of the bill argued that the government could not protect all the public forests, considering the continental size of the state of Pará. Therefore, they argued that titling these areas to private individuals would be more efficient for environmental preservation. It is the same type of discourse Dean narrates about the Pontal do Paranapanema, a region that was widely deforested and marked by land conflicts and land grabbing cases. It is also the same logic of the current bills in the National Congress that aim to weaken the federal land law. However, unlike a hundred years ago, we now have countless studies showing that the most conserved areas are the public protected areas, especially indigenous territories, and the most devastated are private ones.

Brazil will not end deforestation by rehashing the same incentives that have historically contributed to the illegal occupation and destruction of the forest in favor of the private appropriation of public lands. We will continue to witness the depredation of public forests as long as the invaders can legalize these invaded and devastated areas, followed by high profits with their sales.