Monitoring is of paramount importance 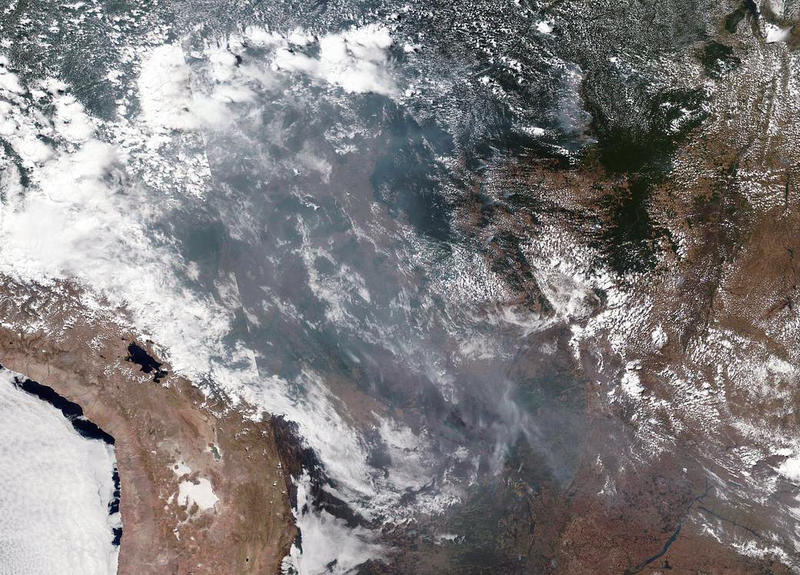 By giving up on the benefits that the monitoring of its native vegetation has to offer, Brazil turns its back on its social, environmental, and economic responsibilities.

The first weeks of 2022 stood witness to rising mobilization across Brazil’s scientific community, media, and civil society regarding the imminent outage of data on forest cover in the Cerrado. Facing grave uncertainty as to whether resources will be available to continue supporting the remote monitoring of vegetation in the country’s second largest biome, the National Institute for Space Research (INPE) might soon be forced to abandon the Cerrado monitoring systems it maintains since 2016. The consequences will be dire.

Brazil’s experience with forest monitoring in the Amazon, which started more than three decades ago, leaves no margin for doubt: the remote monitoring of native vegetation is indispensable for sustainable development. Data on forest cover are vital from social, environmental, and economic perspectives.

Monitoring systems that produce public data are essential tools for transparency. In the late 80s, Brazil made two important decisions: measure annual Amazon deforestation and make this information publicly available. This made the country’s massive loss of forest known to a broad audience, and was a decisive step towards widespread acknowledgement that fighting Amazon deforestation should be a priority. In this context, the data served as a catalyst for change.

Since then, improvements to remote monitoring and the development of complementary systems provided vast amounts of additional information about the forest. These data supported research both within Brazil and abroad, offered insights for guiding forest protection efforts, and promoted and enhanced the public debate regarding conservation and development. Moreover, they allowed people to get to know the Amazon — and knowledge is vital for holding public authorities accountable for the protection of this global asset.

In addition to being critical for ensuring transparency, forest monitoring is a key instrument for conservation policy. Almost 20 years ago, Brazil developed a pioneering remote monitoring system to rapidly detect forest loss, the System for Real-Time Detection of Deforestation (DETER). Using satellite imagery, DETER identifies recent deforestation and forest degradation throughout all of the Brazilian Amazon. When an area is identified as having lost forest cover, the system issues a georeferenced alert marking the location where it happened. These alerts indicate areas in need of immediate attention and serve to target law enforcement action (Figure 1).

Figure 1: How Satellite Monitoring and Law Enforcement Work Together to Fight Deforestation

The use of DETER as support for environmental control was groundbreaking. The system not only enabled law enforcement to see what happens across the full extent of the Brazilian Amazon, but it did so with unprecedented speed. DETER’s capacity to quickly detect forest loss was critical, because it increased the probability that law enforcement would provide a timely response and, thus, that offenders would be duly identified and effectively punished. It therefore heightened the potential impact of environmental control efforts. Together, monitoring and law enforcement were of paramount importance to reduce Amazon deforestation since 2004.

The monitoring of native vegetation does not, in and of itself, ensure effective law enforcement, as this fundamentally depends on the environmental authorities’ response. Yet, monitoring systems are crucial for designing and implementing a robust strategy for forest protection policy.

In light of growing global demand for products that abide by environmental norms, the private sector could use the monitoring of vegetation as a powerful ally. This is particularly relevant for Brazil’s agricultural commodity sector. The ability to prove compliance with such norms can be a significant competitive advantage, adding value to Brazilian products and ensuring access to important markets. Although traceability does not yet occur at scale in Brazil, forest monitoring systems are needed to advance the tracking of its agricultural supply chains.