The Amazon can become a carbon powerhouse, but it needs to go further 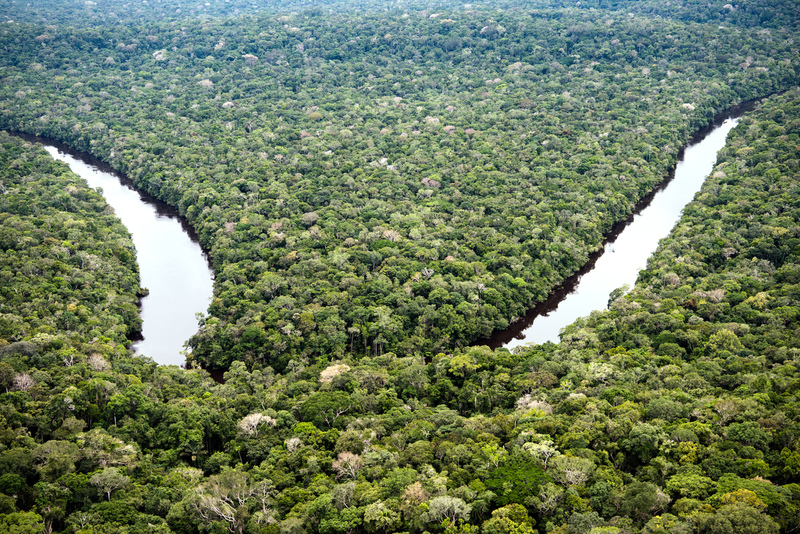 Carbon is like other forest export products: when they become profitable, they attract competition. To stay ahead, Amazonian states need to diversify their productive base and continue investing to identify nascent opportunities.

Carbon credits are gaining prominence as one of the main initiatives that can help mitigate climate change. In part, this attention emerges from its ability to fix a serious market failure that affects forests and other public goods. The Amazon forest, for example, captures carbon, provides water that fuel hydroelectric power plants, and produces the flying rivers that irrigate crops across the country. These services generate enormous value for Brazil and the world, but the forest does not see a dime. Seen this way, it behaves like a goose that lays golden eggs, with the twist that it receives its nourishment in one backyard but lays her eggs in her neighbor’s nest.

Carbon credits help solve this problem by converting environmental services into a standardized product – in this case, the ton of carbon dioxide equivalent (tCO2e) sequestered or not emitted – that can be exchanged for cash.

The attention given to credits is also a product of their ability to attract influential allies with no historical connection to the forest. Tech entrepreneurs, for example, want to record the credits on a blockchain, issue tokens, and offer them on e-commerce platforms. Likewise, bankers and traders want to sell and resell the credits as well as contracts on the futures, options, and other derivative markets.

These innovations and alliances are promising and deserve the spotlight. Seen from another angle, however, credits can resemble other products that are or have been exported by the Amazon, such as native rubber in the 19th century and beef today. A brief look at the trajectory of these products can help us see more clearly how carbon credits can contribute to the future of the region.

The exportation of native rubber grew rapidly from 1860 on, when the USA, England, and other countries needed this raw material to produce tires, flexible pipes, floats, waterproof fabrics, and other equipment. The activity prospered for 50 years, but the good times came to an end in 1912, when plantations established by the British government in its colonies in Asia began to yield large volumes of rubber at relatively low prices.

Cattle ranching in the Amazon is still going strong. In fact, the region’s herd grew almost 10-fold between 1974 and 2019. Still, the recent take-off in the plant-based meat sector is like a flashing danger sign. In the US, this segment grew 18% in 2018 and 45% in 2020. In Europe, the rates were similar. It is possible that plant-based meats will remain a niche that coexists with a thriving livestock sector. But it is also possible that the price of proteins will plummet in the coming years and wipe out conventional ranching.

These stories suggest two important lessons. First, when an activity is profitable, it will inevitably attract competition. It may take a few years or even decades for new entrants to arrive, but there is no escape. That is what happened with native rubber, that is what is happening with cattle ranching, and that’s what is likely to happen with carbon credits.

In the case of carbon credits, the most obvious competition comes from tropical countries such as Peru, Colombia, and Indonesia that can offer their own forest-based credits. But the most dangerous competition is likely to come from industrialized countries such as the US, Germany and China. They are the largest emitters of greenhouse gases and also the largest potential buyers of the carbon credits produced in Brazil. Not surprisingly, many of their companies are looking for ways to emit less carbon while others are investing in technology to capture carbon directly from their own chimneys.

Moreover, these companies are supported by their governments, as it funds research and regulates the market in a way that favors domestic enterprises. Tesla, for example, makes more money selling carbon credits than cars, thanks to regulations imposed by the government of California. As these technologies become more affordable, the demand for carbon credits produced in other countries will decline.

The second lesson is even more important: If you can’t beat them, join them. In January 2022, groups of Brazilian cattle ranchers organized loud protests against an advertising campaign that suggested No Meat Mondays. It is possible that the big slaughterhouses supported this movement, after all their business relies on meat consumption. But they are also hedging their bets. In recent years, JBS bought Vivero, a Dutch-based plant-based meat company, its subsidiary Seara launched the “Incredible” brand of plant-based meats, and Marfrig teamed up with ADM to produce plant-based burgers.

The Amazon should take full advantage of the windfall created by carbon credits, but it should also do what savvy businesses like JBS and Marfrig are doing: use some of the money to identify nascent opportunities and be ready to reallocate its resources from the declining sectors into the thriving ones.