If you think deforestation is high, wait until you see next year 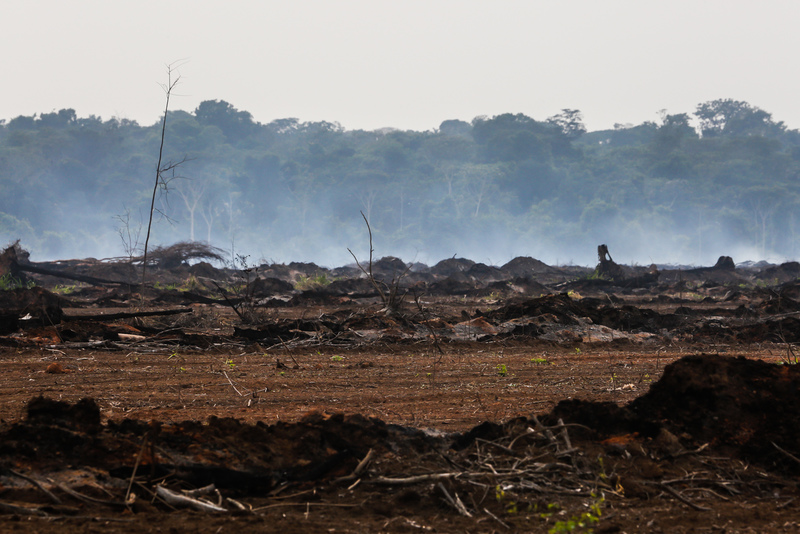 The weaker Bolsonaro gets, the more 2022 could turn into forest devastation’s Fiscal Island Ball.

Tarcísio Feitosa, one of two Brazilians to win the prestigious Goldman Environmental Award, commented on the 2021 deforestation estimate with a discreet and concerned tweet. While the environmental community (but, strangely, not the press) was scandalized by the 13,235km2 that the government hid during COP26, this activist from Pará tweeted to reminded us that there’s an election next year.

Historically, devastation in the Amazon rises in election years. This is due to an upward cascade of pressures to ease the bar for environmental crime. It begins on municipal platforms, where mayors are often supported by land grabbers, miners, and loggers (when they are not direct representatives of these sectors themselves); it then scales to state parliaments and the National Congress, whose members pressure governors. Governors can slow down inspection actions by environmental agencies, facilitate licensing, and demobilize the Military and Forestry polices. And that’s when the chainsaw sings.

This game changed in 2006, when Ibama was so empowered in the wake of the PPCDAm (Amazon Deforestation Prevention and Control Plan, launched in 2004) that local and regional pressures stopped being reflected in the deforestation rates estimated by the Prodes system, run by INPE. In 2012, a municipal election year, the Amazon had the lowest deforestation in history and, in the troubled 2014 election, the second lowest.

The situation changed in 2018. The prospect of electing a president who swore to end the “environmental fine industry”, who traveled to Rondônia with his colostomy bag to defecate through his mouth that Brazil had “too many protected areas” and who swore not to demarcate “a single centimeter” of indigenous or quilombola land, created an expectation on the forest floor. And the chainsaw sang: Bolsonaro was elected by over 50% of voters in all of the most deforested municipalities in the Amazon.

Accelerating clear cutting in anticipation of a “free-for-all” under the captain caused a rise in the second semester, reflected in the 2019 deforestation rate. That year saw the highest percentage increase in devastation this century (34%), with a total that exceeded 10,000 km².

The 2021 Prodes is the crowning achievement of all the regime’s efforts to destroy deforestation control structures. Never before in the 32 years of INPE’s historical series have there been four consecutive years of highs, and never before has a President of the Republic seen three consecutive highs in one term. It is tragic, in addition to the number itself, that this occurs despite half a billion reais spent on fake military operations, but that is what you get for having voted for the “Myth” and his sidekick Mourão.

The “fiscal year” of deforestation in 2022 began in August, with a drop in the number of alerts from Deter, INPE’s fast but short-sighted system, which serves to guide inspections (which inspections?), but allows a lot of deforestation to go unnoticed due to the lower resolution of its satellites. Deter’s indexes fell in August and rose in September and October. Now “winter”, the rainy season in the Amazon, is coming. We will only have a clearer notion of next year’s trend from May onwards, but nothing authorizes us to say that there will be a decline.

In fact, the opposite may be true.

If in 2018 the prospect of Bolsonaro’s election encouraged public land theft and accelerated deforestation – the opposite perspective, but with the same result, could occur in 2022. The more the president languishes in the polls, the more afraid the clear-cut crew will be of having to let go of their gains. This is an incentive to advance on the land and deforest as much as possible while it is possible.

In November 1889, Brazil was on the cusp of overthrowing its monarchy. The last straw came after November 9th, when a lavish ball was organized by the crown in Fiscal Island, near central Rio de Janeiro. Taking advantage of public dissatisfaction over the crown’s expenditures in a time of crisis, republican forces within the army declared a republic. The threat of Bolsonaro’s departure from the presidential palace could cause a sort of “Fiscal Island Ball” of destruction, which would lead to rises in deforestation for the fifth consecutive year. Astounding, but not unlikely.

Any candidate who wants to face Bolsonaro next year will have to say what he intends to do to protect the Amazon, how to meet Paris Agreement goals and how to guarantee that Brazil will be able to continue exporting to Europe, the United States, and even China, customers who are already discussing or signaling that they will discuss boycotts of commodities produced with the destruction of the forest. Even the extreme right-wing alternative, Sergio Moro, has already begun posing as if he was scandalized by the Prodes numbers (the same numbers that he did nothing to contain as Justice Minister).

It is natural, therefore, that a new government, whatever it may be, will start 2023 with tough measures to combat environmental crime, some resurrection of Ibama and throwing a half-dozen patriots from Novo Progresso, Altamira, and Lábrea in jail.

Perhaps this is, after all, the positive legacy of Bolsonaro’s movement: putting the Amazon where it belongs, which is the country’s center of attention. Although in very crooked ways.