The Real-Time Deforestation Detection System is a governmental tool that generates early warnings for evidence of changes in forest cover in the Amazon and Cerrado since 2004. 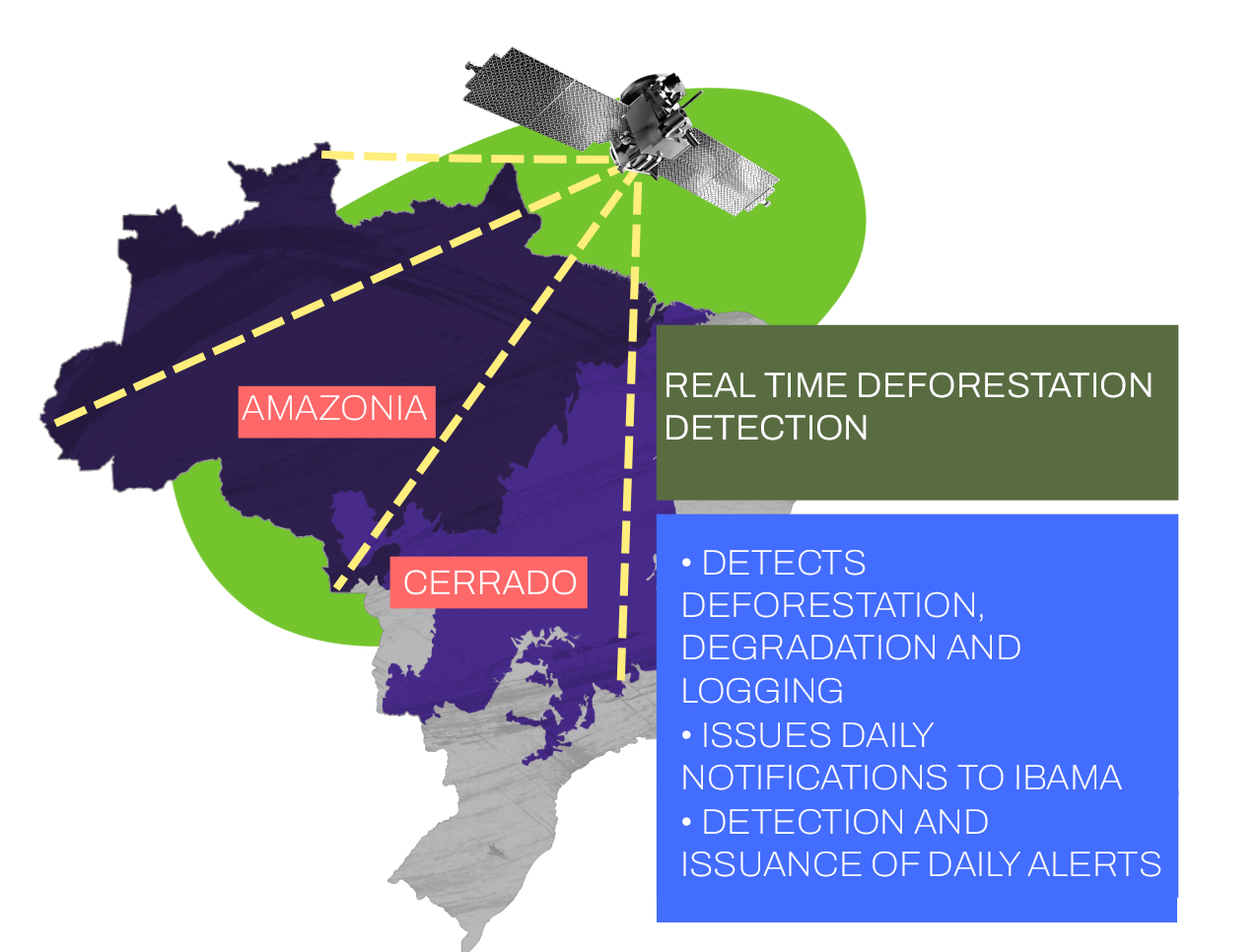 DETER (Real-Time Deforestation Detection System), or DETER-A, is a system developed and launched by INPE (National Institute for Space Research) in 2004. It generates early warnings for evidence of alteration of native vegetation in the Amazon. Its operation supports IBAMA (Brazilian Institute for the Environment and Renewable Natural Resources) and other institutions with similar agendas in their inspections and actions seeking to control deforestation and forest degradation. DETER-B was developed at INPE’s Amazon Regional Center to identify and map deforestation and other changes in forest cover in near real-time with a minimum area of approximately 1 hectare, which would not be detected by DETER-A. Since the end of 2019, DETER Intenso has generated more agile and accurate alerts for deforestation or forest degradation in critical areas for loss of native vegetation in the Legal Amazon. Its detection also occurs starting at 1 hectare and it bypasses the region’s typical cloud cover. Its data are not yet public. DETER Cerrado, on the other hand, monitors the destruction of native vegetation in the Cerrado, which covers a quarter of the Brazilian territory. The Cerrado is the most biodiverse savanna formation in the world and the second-largest biogeographic region in South America, just behind the Amazon.