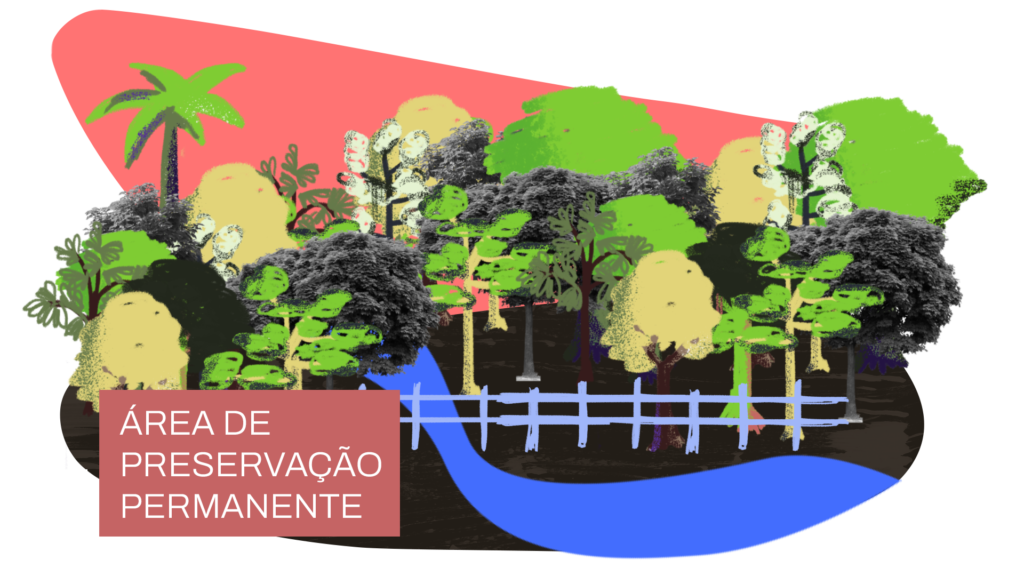 An area that may or may not be covered by native vegetation designated for the preservation of water, landscapes, ecological balance, soils, and human well-being.

Permanent Conservation Areas have been recognized and protected by federal forestry legislation since the 1930s in regions along rivers and streams, natural and artificial lakes, and around springs, hilltops, over dunes, plateau edges, and the like. They are recognized as Permanent Preservation Areas (APPs) whether they have native vegetation or not, and can only be occupied in very specific situations, such as extreme public interest and low environmental impact. If they were illegally deforested after July 2008, they should be prioritized in actions to regenerate native vegetation. Like the Conservation Units (UCs), the APPs ensure Brazilians an “ecologically balanced environment”, as stated in the Federal Constitution of 1988.