What should the government do to foster the bioeconomy in the Amazon? 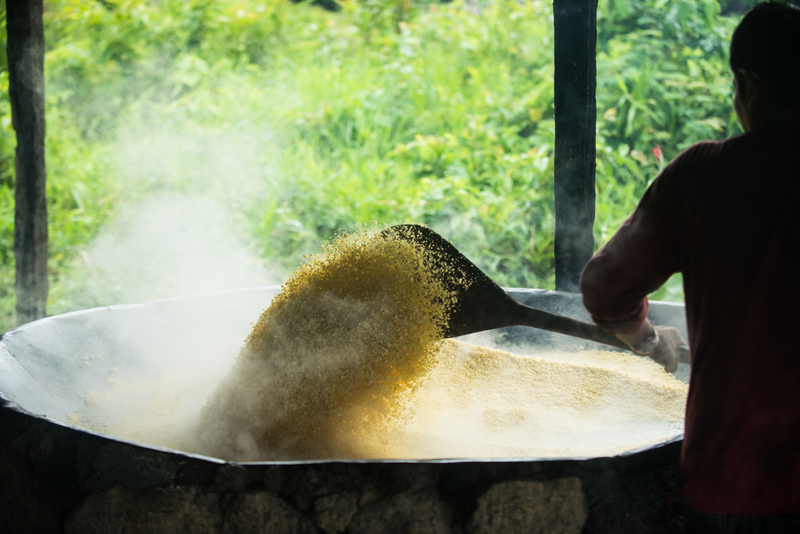 More traditional strategies, such as exemptions and subsidies, need to be implemented in innovative ways so as not to produce waste, inefficiency, and corruption.

How can the government strengthen the forest economy in the Amazon? The most common answers revolve around exemptions, subsidies, and protection against market forces. These instruments, typical of industrial policy, immediately improve the beneficiaries’ profits. For this reason, they are coveted by many entrepreneurs. Further, exemptions, subsidies, and protection are well known by the public, well integrated into the routines of public administration, and fairly well accepted by oversight agencies. With so many factors in their favor, they are often adopted by governments of all persuasions.

The biggest problem with these instruments, however, is that they do not tend to produce good results. Or, at least, they don’t produce good results when implemented in the conventional way, where the government does not demand a complementary investments from the beneficiaries, does not coordinate efforts with other public or private entities, and, above all, does not learn from its mistakes. Instead of strengthening the local economy, these efforts end up producing waste, inefficiency, and corruption.

There are, however, several positive experiences where the government adopted these and other instruments in an innovative, effective, and cost-councious way. These experiences are more common than meets the eye, but they do not fit very well within the dominant theories of government and the market. For this reason, these experiences are often dismissed as if they were exceptional and are not added to decision makers’ repertoire.

There are several successful cases in Brazil and abroad. One of the most powerful examples, however, was implemented in Peru under the name of “mesas executivas” [executive tables]. These mesas provide a space for dialogue, discovery, and action, where companies and public agencies search for ways to improve the performance of a given sector. The first mesa executiva, dedicated to the forestry sector, was created in December 2014. The second, dedicated to fish farming, was created six months later. Since then, the Peruvian government has created many others. Not all of them have produced the expected results, but overall the experience has been positive enough to guarantee the continuity of this initiative despite the ongoing turbulence in Peru, a country that has had six presidents in the past six years.

To increase their chances of success, the mesas must overcome three challenges. The first challenge is to resist the temptation to offer exemptions, subsidies, or protection against market forces. As Piero Ghezzi, the Minister of Production who created the mesas and set up the first ones in Peru, explained, “Exemptions are off the table. What we discuss at the mesas are ways for the private sector to improve its competitiveness. We also discuss how the public sector can help in this task. No exemptions, no way”.

The second challenge is to equip the mesas with a competent technical team and provide them with enough resources for them to work. These professionals will guide the debates, gather data to support the discussions, interpret laws, decrees and regulations, recruit allies and go against the interest of many powerful people, including some who participate in the meetings. The members of the team need to have stellar credentials and lots of experience, including detailed knowledge of the ins and outs of the public sector machine.

Through his experience, Piero Ghezzi has learned that mesas produce better results when all of them are managed by a single multidisciplinary team, regardless of the sectors covered. In turn, these professionals also learned that the work is more productive when companies have a shared interpretation of their problems and send employees with direct experience in the business, rather than lobbyists or sectoral leaders who handle government relations.

The third challenge is to get support from the authorities responsible for allocating the budget. This is important because in many cases participants at the mesas will suggest that other government agencies change their procedures, create new programs, or strengthen existing initiatives. Without money behind the requests, these suggestions run the risk of not coming to fruition.

When they work well, the mesas produce mutual learning right away. On the one hand, public sector representatives learn what obstacles are preventing the private sector from increasing its productivity, reaching new markets, and improving the quality of its production. In a complementary way, the private sector participants learn about the public sector, the resources that different government agencies have at their disposal, and how these resources can be deployed. By keeping this exchange on track, many of these initiatives soon begin to produce good results.

Other countries are watching. In addition to its continuing use in Peru, mesas executivas are being adopted by Chile, one of the most advanced countries in Latin America. A few months ago, the experience was discussed by a specialist from the Inter-American Development Bank in an event in Costa Rica.

Brazil has already had several experiences with sectorial chambers (for example, in the automobile industry) and some of them remain active within the Ministry of Agriculture, including several dedicated to forest-friendly products, such as cocoa, cassava, palm, honey, and fish. Despite the format similar to the executive boards, the Brazilian chambers do not seem to have the same energy that drives the Peruvian experience. They are a start, but there seems to be a lot of room for improvement.