Brazil and the Amazon return to the planet’s climate leadership 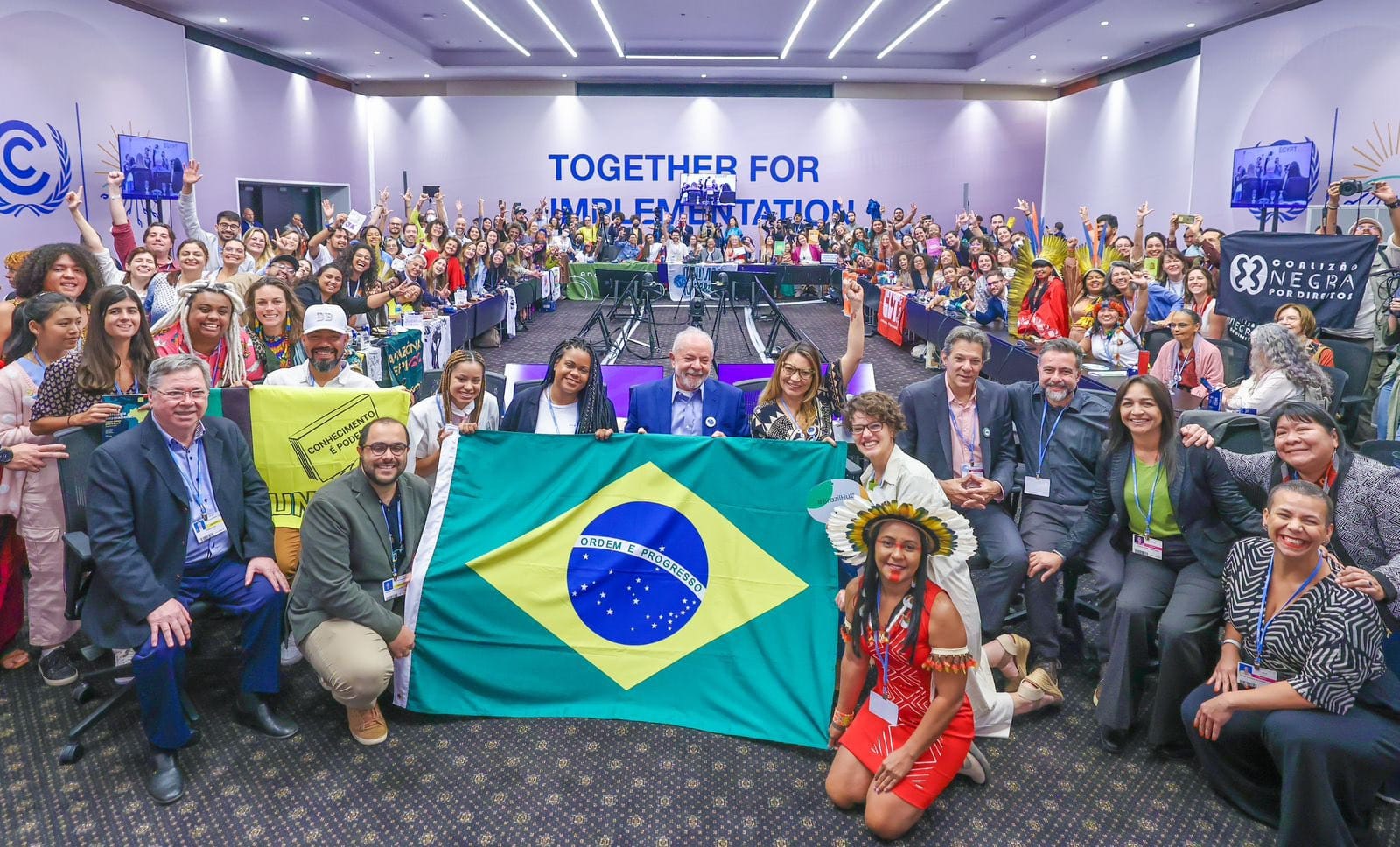 Lula’s presence as president-elect returned the country’s leading role in this COP27, in Egypt.

The presence of President Lula at COP27, together with several governors of the Amazon region, brought back the environmental role that Brazil has had since ECO92, except for the last six years.

Lula and the governors launched a broad climate front at COP27 and called for new global governance to address the climate issue. He raised the issue of eradicating hunger and tackling the issue of climate change as partner strategies. He was right on target when he stated that the climate issue “will have the highest profile in the structure of my next government,” emphasizing that “There is no climate security for the world without the protected Amazon.”

He emphasized that Brazil is back to rekindle ties with all governments and once again help fight global hunger. It demanded from rich countries the promise of US#100 billion a year to help vulnerable countries to face the climate crisis. Lula also emphasized in his speech that the climate crisis is “a problem largely created by the richest countries” and puts the planet in a “race towards the abyss.”

These issues were not just words, as Brazil signed an agreement with Indonesia and the Democratic Republic of Congo to implement zero deforestation policies by 2030. These three countries are responsible for around 52% of the remaining forests on the planet and are the biggest deforesters. The speech also cited Brazilian agribusiness, stating that “Agricultural production without environmental balance should be considered an act of the past,” citing that it is possible to have an increase in income for producers, reconciled with the protection of biodiversity and the regeneration of soils. He also mentioned the huge area of ​​degraded pastures that we have, stating that “we don’t need to deforest even one meter of forest to continue being one of the largest food producers in the world.”

Lula emphasized that Brazil is ready to once again join efforts to build a healthier planet. Of a more just world, capable of welcoming all its inhabitants with dignity – and not just a privileged minority. He declared that “We are back to help build a peaceful world order based on dialogue, multilateralism, and multipolarity.”

The issue of global inequalities and their relationship with the climate crisis was emphasized in the sentence, “The richest 1% of the planet’s population is on track to emit 70 tons of carbon dioxide per capita per year. Meanwhile, the poorest 50% of the world will emit, on average, just one ton per capita, so the fight against global warming is inseparable from the fight against poverty and for a less unequal and fairer world.” The president-elect signaled the creation of a ministry for native peoples, which acts transversally in policies for preserving native peoples, which is fundamental.

At COP27, a consortium of Amazonian governors and Lula launched the “Amazon Charter – a common agenda for climate transition.” This document proposes to change the current model of Amazon occupation, based on environmental crimes, illegal invasions of indigenous lands, and illegal mining, in a set of actions that keep the forest standing and give a dignified life to the 29 million Brazilians who live in the Amazon.

The proposal is based on science and proposes a new development model based on the richness of biodiversity, maintenance of ecosystem services, emphasis on innovation, and reinforcement of added value to forest products and biodiversity, through bioeconomy. The letter from the Amazon also spells out the necessary respect for the culture of traditional peoples and the fight against social inequalities in the region. Governors have directly negotiated international resources for their states to reduce deforestation and implement sustainable socioeconomic policies.

Lula is also asking for the 2025 COP30 to be held in the Amazon, which is an important symbol that promises will not remain on paper. Lula did not condition the reduction of deforestation to payment by rich countries, which makes perfect sense, as it is primarily in the interest of Brazilians that the country put an end to the destruction of our ecosystems. A new era has begun for the Amazon region and also for Brazil. An integrated Brazil with the best efforts to build an environmentally sustainable society and reducing hunger, poverty, and social inequalities.