Knowledge is power: facts are fundamental to meaningful action in the Amazon 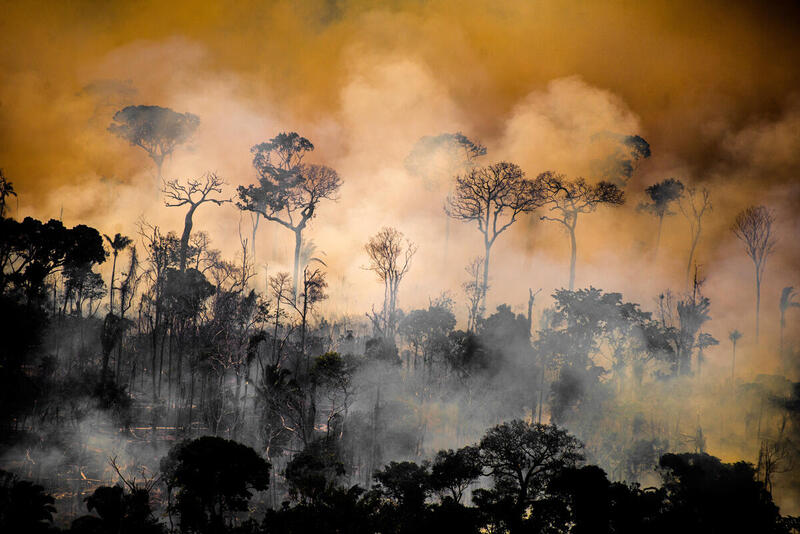 Heat spots in areas with Prodes (2017-2019) and Deter warnings, in Lábrea, Amazonas state.

The Legal Amazon is 1,5x larger than India and bigger than the rest of Brazil; given this immensity, it is easy to miss some key facts about the region

The Amazon plays an increasingly central role in the future of Brazil and the planet, yet violence against the forest, its inhabitants, and its defenders is on the rise. In this context, many people ask, “what can I do for Amazonia?” To act effectively, it is important to get some basic facts right.

Since 2020 I have been part of the Amazonia 2030 project, a research initiative dedicated to seeking pragmatic ways for the sustainable development of the region. Thanks to this involvement, I have gained a new appreciation of the Amazon reality.

This immensity is accompanied by great geographical, economic and cultural diversity throughout. Each stretch of territory and each social group has its attributes, but the big debates require a bit of systematization.

As a study by Brenda Brito and coauthors shows, about 45% of the land in the Amazon has already been designated by the government as Conservation Units, Indigenous Lands and Quilombola Lands. Another 21% is privately owned, and 8% has been dedicated to land reform settlements. This sounds like a lot, but that leaves about 25% without reliable information or that has not yet been designated. It is possible that part of this territory is private property not registered in any of the governmental databases, but more likely they are public areas, sometimes known as vacant land (“terras devolutas”).

Brazil has a series of laws and rules that determine the destination of these lands, but disputes of interest and bureaucratic sluggishness conspire to subvert the law, maintain uncertainty, and prolong the confusion.

The permanence of large undesignated public areas acts as a magnet that attracts adventurers and speculators, including people interested in illegal logging, indiscriminate extraction of natural resources, and land grabbing. At first, these activities create an illusion of prosperity. After a few years, however, the more accessible natural resources are depleted and the initial euphoria gives way to decline, with lower socioeconomic indices than before.

This process was termed “boom collapse” by Beto Veríssimo and Danielle Celentano and more than 70 million hectares have already been deforested and subsequently abandoned or underused. This area is equivalent to the states of Rio Grande do Sul, Santa Catarina, Paraná and half of São Paulo. In global terms, it is an area slightly larger than the state of Texas.

This land represents a huge waste, but also a great opportunity. As Paulo Barreto reports, most of the deforested areas are occupied by extensive cattle ranching with very low productivity.

For perspective, this area is large enough to hold the entire world production of cocoa, mango, pineapple, watermelon, coconut, black pepper, papaya, banana and vanilla, and we would still have an additional 4 million hectares left over to cultivate the entire national production of açaí and manioc.

The challenge, then, is to reverse the current logic, where it is more attractive to deforest new areas than to increase the productivity of areas that have already been clear cut. No doubt the federal, state and municipal governments play an important role in shifting the incentives, but everyone interested in a prosperous and humane Brazil can use this knowledge as a launching pad for their own contributions.