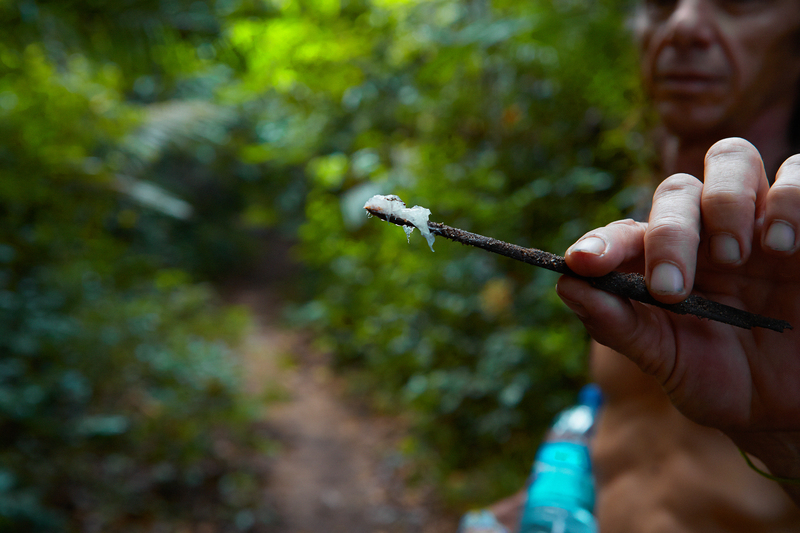 'Bréu' (resin), sometimes referred to as “Amazonian Myrrh,” since its sap excretes into a white, waxy substance that has a strong smell reminiscent of myrrh or eucalyptus. Its medicinal properties can combat sinus infections by inhaling the white smoke emitted as it burns. It is also used to seal the insides of boats and canoes since it also hardens and becomes a good sealant.

For more than 30 years, Shaman Pharmaceutical and its successors have been trying to convert traditional Amazonian knowledge into profitable medicines. So far they have not succeeded.

The Amazon is home to a wealth of biological and chemical compounds that could have enormous value in the pharmaceutical market. But while the discovery and sale of new drugs is often touted as an opportunity to promote economic development in the region, the chances that this strategy will pay off are quite remote.

That’s the lesson that I derive from observing a group of experienced biotech researchers who have been attempting to capitalize on the Amazon’s medicinal potential for more than 30 years. They have faced three major hurdles that are inherent to the pharmaceutical industry and unlikely to disappear anytime soon.

The first obstacle pertains to the discovery of new compounds. Conventional methods of drug discovery are slow and expensive. In 1989, a young American entrepreneur named Lisa Conte founded Shaman Pharmaceuticals on the idea that she could save time and money by consulting shamans and healers on the best plants to treat common diseases. In return, the enterprise would share profits with the holders of the original knowledge.

Her business plan was a hit among Silicon Valley investors and Shaman Pharmaceuticals soon raised $15 million to send teams of ethnobotanists and doctors to countries such as Nigeria, Tanzania, Indonesia, Ecuador, and Peru. In 1993, Shaman raised another $45 million to continue its investigation.

Its teams tested the extracts of more than 2,600 plants but most of them did not show enough promise to justify further investment. The exception was the sap of Dragon’s Blood (Croton lechleri), a shrub native to the Amazon that seemed to provide an effective treatment against diarrhea. Shaman scientists identified a proanthocyanidin as the active ingredient in the sap and named it crofelemer.

The next hurdle was regulatory approval. To this end, Shaman tested crofelemer against various types of diarrhea in humans but in most cases the results were null. At the suggestion of the FDA, the company focused its efforts on a specific type of chronic diarrhea caused by HIV medication. Shaman raised another $20 million and used the money to launch a double-blind clinical trial with treatment and control groups. At the end of this steep hill, a disappointment: the results were inconclusive.

Without FDA approval to sell crofelemer as a medicine, Lisa fired 80 of her 120 employees, raised another $15 million and tried to use the compound to produce food supplements, which are unregulated. Sales were poor, the company’s stock plummeted, and Shaman ended up bankrupt.

Lisa, however, did not give up. Rather, she started Napo Pharmaceuticals to continue Shaman’s work. Napo raised another $85 million and conducted a new batch of clinical trials. In 2012, it reached a major milestone, as the FDA finally approved the use of crofelemer to treat diarrhea caused by HIV medication.

Regulatory approval signaled the beginning of a new, even bigger challenge. From then on, Napo would have to convince doctors to prescribe this new medicine, pharmacies to offer it, patients to buy the medicine, and insurance companies to reimburse the patients. These hurdles require enormous amounts of capital and expertise. Lacking both, Napo struck alliances with larger, specialized companies. Unfortunately, these companies had many competing priorities and crofelemer sales never took off.

Napo decided to sell its medicine on its own, but to do so it had to undo its prior agreements granting the partners some exclusivity. As the legal fight raged on, Lisa and her colleagues created a new company, Jaguar Animal Health, to sell crofelemer to treat diarrhea in animals, as the veterinary market was not covered by the agreements. In 2015, Jaguar Animal Health raised another $20 million. By 2017, the judicial disputes had been resolved so Jaguar Animal Health merged with Napo Pharmaceuticals to create Jaguar Health, a company that exists to this day and sells a 60-pill bottle for US$680.

What lessons can we derive from the evolution of this business? First, we see how a committed, knowledgeable and persistent set of entrepreneurs can convert traditional knowledge about tropical plants into an FDA-approved drug that is available in the US market. This is a major achievement.

But we also see that it has taken 33 years and more than US$300 million dollars to do so, and so far the drug is approved to treat only a narrow condition experienced by about 200 thousand people. It is not even clear whether the treatment is very good (in the clinical trials, less than 18% of patients who took crofelemer reported improvement against 8% who took the placebo). So far, none of Lisa’s companies ever made any profit and this situation does not seem likely to change soon.

Last year, Jaguar Health made US$4 million in revenue, a figure dwarfed by its US$40 million operational expenditures. The patents on crofelemer are held by US-based scientists and the foundation that Lisa created back in 1989 to share profits with the traditional communities has never channeled them a dime.

The conclusion? Anyone interested in promoting inclusive, forest-friendly, local economic development in the Amazon must recognize that the pharmaceutical industry is entrenched with obstacles. While the potential for profits might be there, the chances of success are slim.