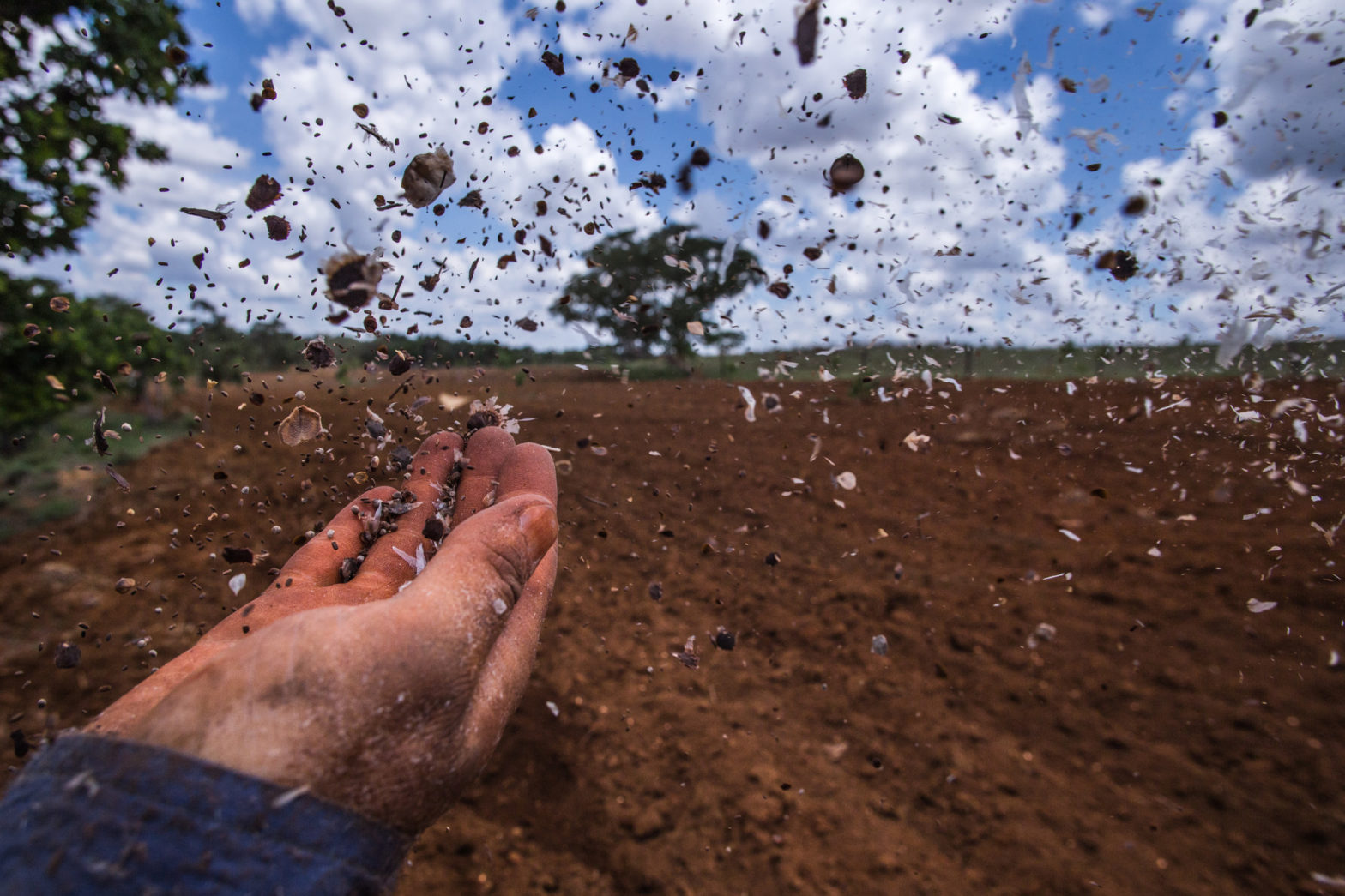 Rural credit is the main public policy for agriculture in Brazil, being the most important source of financing for the sector. In the Amazon, R$ 19.7 billion of credit were used to support crops and R$ 16.4 billion for livestock in the 2020/21 agricultural year.

Considering that the advance of agriculture is a factor historically associated with deforestation in this biome, it is essential to understand the impacts that credit has on land use. It is therefore possible to trace paths to make the rural credit policy, which relies on significant government subsidies, more aligned with environmental preservation and sustainability.

Composition of Rural Credit in the Amazon Biome by Activity, 2020-21

From a theoretical point of view, the relationship between credit and deforestation is ambiguous. Credit allows rural producers to increase investments and have greater returns, but its impact on vegetation cover depends on how the resources are used.

On the one hand, if rural producers use credit to expand their agricultural land, the deforestation pressure increases. On the other hand, if credit is used to promote productivity gains and enable more production on less land, the deforestation pressure decreases. Empirical evidence suggests that credit alleviates financial constraints on rural producers across the country, increasing production and productivity in agriculture, according to studies by researchers from the Climate Policy Initiative/Pontifical Catholic University of Rio de Janeiro (CPI/PUC-Rio).

When there is greater credit availability in the municipalities, less productive alternatives are replaced by more productive ones: pastures, which are frequently underused areas, are converted into croplands. Thus, rural credit leads to an intensification of production that ultimately reduces deforestation. These impacts of the credit extend to the Amazon biome, where an expansion of rural credit supply reduces the total area destined for agriculture due to the reduction of pastures.

However, the rural credit market in the Amazon is less developed and has few financial institutions compared to other regions in the country. Two public banks – Banco da Amazônia (BASA) and Banco do Brasil (BB) — are the primary source of rural credit for 78% of the municipalities in the region.

Limited access to credit and more restricted financing options resulting from the low competition between financial institutions are obstacles to investments in technology and good practices, as well as to the intensification and increase of land productivity in the biome. In turn, less intensive agriculture worsens the pressure for deforestation, which is currently at critical levels.

Furthermore, the Constitutional Fund for Financing of the North (FNO, in the Portuguese acronym) — which is one of the primary sources of credit in the region [MS1] and has allocated approximately R$ 6.5 billion to the rural sector in the 2020/21 agricultural year —has failed to meet its goals of stimulating the economic and social development of the North region, of strengthening small and mini-scale producers, and of reducing intra-regional income disparities.

Rules for allocating resources for priority beneficiaries have become less strict over time, allowing producers with an annual gross income of up to R$16 million to be included in priority classes. Consequently, virtually all producers in the North region started to be considered as priorities for the FNO. The lack of effective resource prioritization has led to a concentration of credit for larger beneficiaries with higher contract value, reinforcing the scarcity of credit for small producers in the region.

The rural credit policy includes annually billions of reais in government subsidies and can be strengthened to encourage greater intensification of production, adoption of good practices, and sustainability. From an economic point of view, the preservation of native vegetation on rural properties is a public good that, when provided by private agents, is supplied below the socially desired level.

This is because private costs and benefits differ from public ones. In this sense, aligning government support for rural credit with environmental and deforestation reduction goals encourages the provision of these public goods, economically justifying the targeting of subsidized resources to the agricultural sector.

An expressive part of the rural credit resources in the Amazon are directed to livestock activity (see Figure 1), which is in general not intensive in land use and often associated with deforestation. Hence, a first step in making rural credit more efficient for controlling deforestation in the Amazon is to promote the entry of financial institutions to increase competition and the availability of resources for more sustainable activities.

In addition to expanding credit access, it is possible to improve the targeting of resources to favor producers and municipalities aligned with sustainability goals. One possibility is for the rural credit policy to determine differentiated financing conditions for producers with sustainable practices that will be included in the Green Credit Bureau (Bureau Verde, Public Consultation 82/2021), which the Central Bank is implementing.

This aligns with the Green Credit Bureau’s goals and the Central Bank´s BC# Sustainability agenda. Other possible paths are targeting resources or offering differentiated financing conditions for producers who have had zero deforestation in recent years or for producers with environmentally regularized properties and in compliance with the Forest Code.

A simple way to direct credit to those producers with socially desirable characteristics is to increase their credit limit. This alternative does not require an increase in the total volume of rural credit or additional resources from the Treasury.

Moreover, the access to credit for producers who cannot be characterized as sustainable by the determined criteria is not interrupted, not causing any disruptions in the financing of agriculture.

Alternatively, measures can be created to restrict access to credit for producers who are not operating regularly. Brazil has done this before, in 2008, when it made access to rural credit in the Amazon biome conditional on compliance with environmental and land title requirements. The measure helped to contain deforestation in the biome, especially in municipalities where livestock activity prevailed.

Similarly, current public policy may restrict credit access to producers with fines or embargoes issued by environmental control authorities, thus limiting subsidized public resources to those who are irregular before the law. It can also create collective incentives for preservation by restricting access to credit in municipalities on the Ministry of the Environment’s list of Priority Municipalities for actions of prevention, monitoring and deforestation control.

Therefore, rural credit policy can be enhanced to generate strong incentives to increase land productivity and reduce deforestation. The credit policy can also stimulate the regularization of properties and the implementation of the Forest Code. In this way, it will be possible to achieve a balance between sustainable production activities and the preservation of native vegetation and biodiversity in the Amazon.