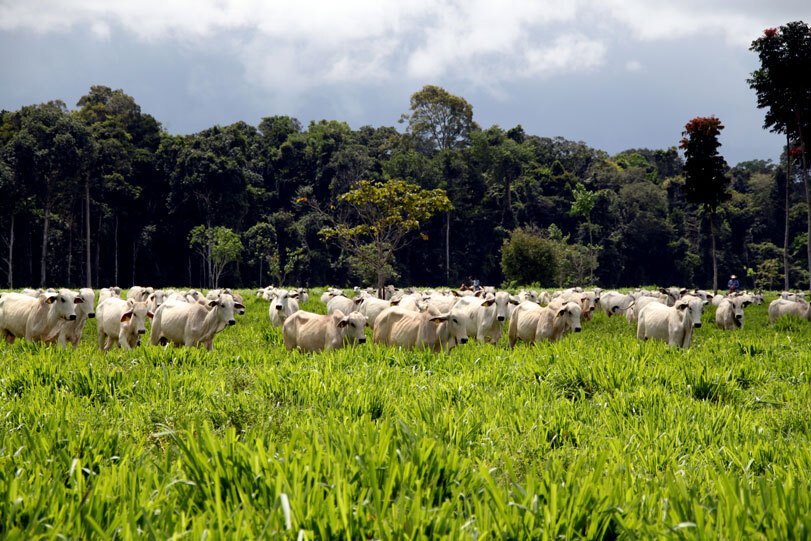 Formerly known as ‘Paragobala’ (Paragobullet) due to violence, a municipality the size of the state of Sergipe inside the State of Pará reduced deforestation and maintained its economic growth through participatory management between the municipal government, the productive sector, and NGOs.

Who’s involved
Since 2008, the municipality maintains a pact against deforestation in the Amazon and for sustainable development thanks to an initiative from the city, the private sector, and civil society.

What is it
Over 30 entities take part in the arrangement, including grain, wood, and livestock producers, as well as NGOs, Incra, Ibama, and the Public Prosecutor’s Office, 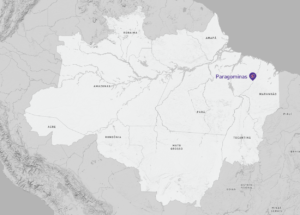 Fifteen years ago, Paragominas, a municipality in northeastern Pará, adopted public and private policies that prevented deforestation, maintained economic development, and increased native vegetation coverage. The results inspired similar measures in other regions of the Amazon and can be used to reverse huge losses of rainforest and other natural formations.

Paragominas has an area of 19,300 km², almost the size of the state of Sergipe. Data from the MapBiomas platform show areas occupied by agriculture in the municipality grew until 2007, reaching 6.210 km2 (33% of the municipality) – an area four times larger than the city of São Paulo. Since then and until 2020, total agricultural areas have fallen to 5,990 km2, a decrease of 3%. During the same period, the forests increased their total area, currently occupying 68% of Paragominas.

“Once branded ‘Paragobala’ (Paragobullet) because of violence, social inequality, and environmental crimes, the municipality adopted a model of participatory management against destruction. Public policies, inspections, and goals to contain deforestation changed the mind of the private sector, which understood that producing with preservation was a path without return,” summarized the economist André Cutrim, from the Federal University of Pará (UFPA).

The municipal economy is based on mining, agribusiness, and industries, such as MDF produced with planted exotic trees. Its Gross Domestic Product (GDP) is the 11th highest in the state and the 335th in the country, totaling almost R$28,000 per person in 2019. This scenario, which has reached positive performance in both economics and conservation, was built jointly by public authorities, the private sector, academia, and civil society.

MapBiomas platform shows the land use in the municipality, which has managed to remain green since 2008.

Paragominas was created following the opening of the almost 2,000 kilometers-long Belém-Brasília Highway (BR-010) in the 1960s. At first, it was a support and rest stop halfway down the future highway. Its name joined together the name of the state, the origins of pioneer settlers from Goiás, and Minas Gerais, land of the founder, Célio de Miranda. Using one of the unselected projects for the nation’s modernist capital, Brasília (DF), Paragominas was designed two large hexagons in the heart of the city.

In an extensive report published in the magazine Piauí, in December 2020, the documentary filmmaker João Moreira Salles recalls that, at the beginning of the occupation of Paragominas, Alacid Nunes, governor of Pará during the military dictatorship, shouted from atop a pile of felled trees: “Your ID here is your axe!”. One of the early farmers in the municipality reinforced this: “You came, opened the land, and the land was yours.”

In the 1970s, an extensive livestock boom led to extensive deforestation to produce exotic pastures, all with official incentives. “Animal agriculture took a shortcut to productivity gains by the simple path of taking the forest down. The loggers come first, making room for cattle or agriculture. This weakened the possibilities of sustainable management,” said Cutrim, from UFPA.

Then, pests degraded the pastures and encouraged intense logging until the 1990s. At the time, 240 sawmills worked day and night in Paragominas”, recalled Paulo Amaral, a researcher at the NGO IMAZON – Amazonian Institute of Man and the Environment (IMAZON).

The changes began in 2008. In the aftermath of record deforestations at the beginning of the decade, then-mayor Adnan Demachki launched the project “Paragominas: Green Municipality”, which promoted a type of production with environmental and land regulation. Demachki proposed a pact between the government and producers, which involved a plan against deforestation, property monitoring, and environmental awareness in rural and urban areas and schools.

The measures inspired the state-wide Green Municipalities program, which already reaches 132 (92%) of Pará’s 144 municipalities. The actions are supported by NGOs, the private sector, Ibama, and the Federal Prosecutor’s Office. The initiative changed local production, previously based on unsustainable exploitation of natural resources. In one year, deforestation had fallen 90% in the municipality, as shown in the graph below, extracted from the PlenaMata Forest Monitor.

Paragominas’ efforts against the destruction of the forest include technical assistance to increase agricultural productivity and credit lines to producers who prove their properties are registered at the National Institute of Colonization and Agrarian Reform (Incra). Virtually all rural lands in the municipality have a Rural Environmental Registry (CAR), which made it the first municipality to leave the list of worst deforestation offenders in the Amazon in 2012.

“If producers lose money, they do not adhere to the sustainability agenda. Therefore, it is necessary to associate economic and environmental gains. In Paragominas, deforestation is a municipal and long-term issue, it does not depend on the eventual actions of police and inspection agencies. This is the formula to contain deforestation in the Amazon,” said Amaral, from Imazon.

The NGO mapped the municipality and monitors the municipal forests with satellite images monthly. In this process, it saw that the displacement of livestock to higher lands allowed the recovery of the forest, including on the banks of rivers, streams, and springs. Throughout the Amazon, there are 7.2 million hectares of forests in recovery, the entity estimates.

Raising livestock in smaller and less sensitive areas allows for better environmental and sanitary control of livestock. Furthermore, producers can use forest areas in recovery to comply with Environmental Compliance Programs (PRAs), another forest regulation tool passed by legislation in 2012. 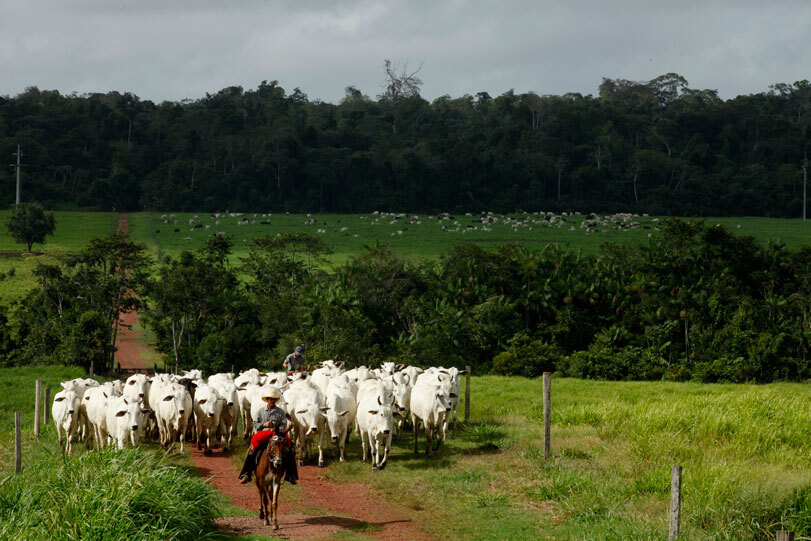 Photo: Paragominas Rural Producers Union
Livestock is now integrated into the forest and has not gained a larger area since 2008.

“Paragominas is a milestone in tackling deforestation in the state and the Amazon as a whole. It is an example of multi-sectoral governance that has continued through several governments. We cannot allow difficulties to force setbacks, such as the dismantling imposed by the current government on the policies and agencies that care for the Amazon,” added Cutrim, from the Federal University of Pará.

The Municipality of Paragominas did not respond to our requests for an interview.

Top photo: Cattle integrated into the forest is one of the activities of Paragominas. Credit: Paragominas Rural Producers Union