Glasgow Pact Does Not Reflect Urgency of Climate Crisis 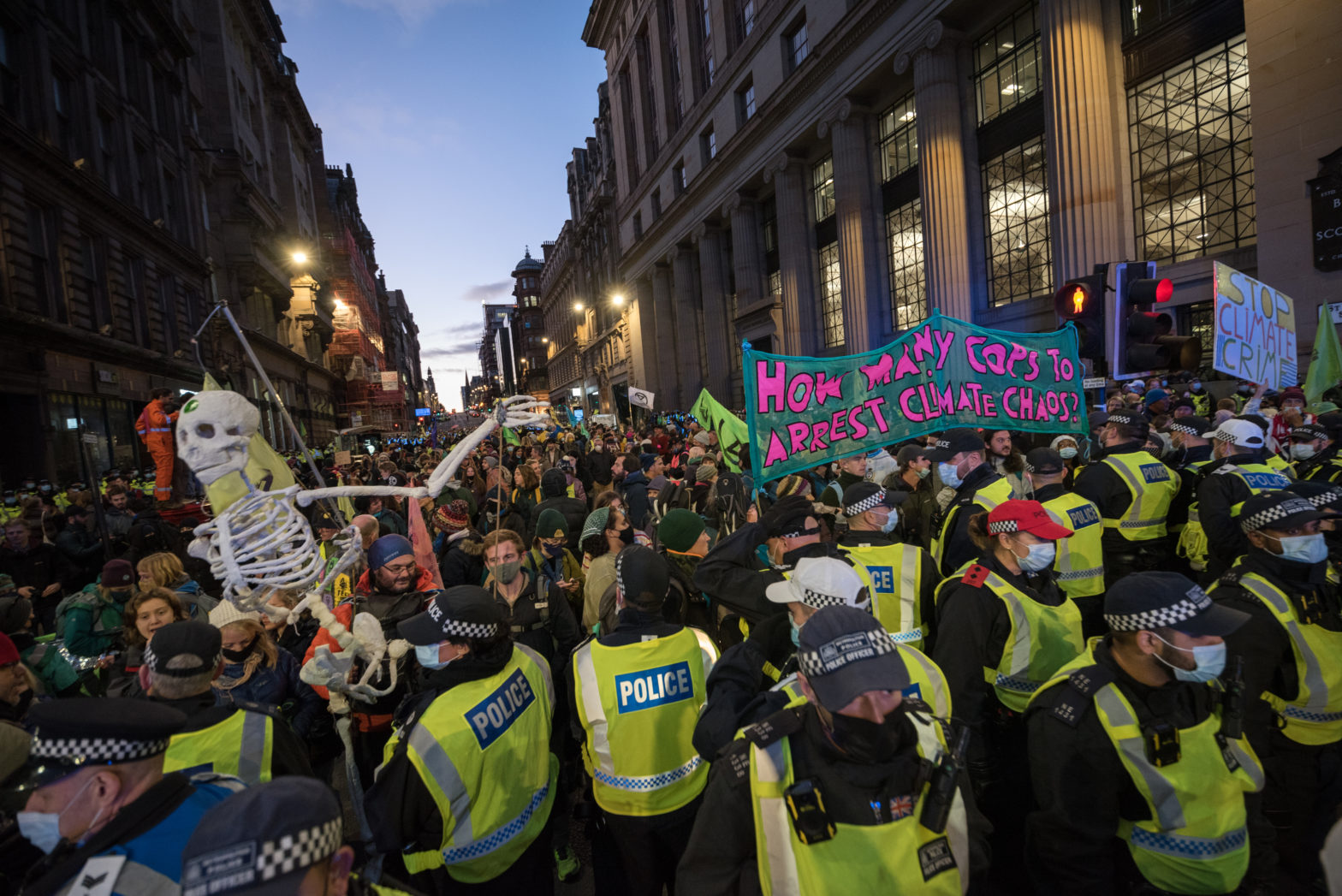 Few are pleased by the final document produced at COP26. It is ambiguous in several aspects and it sets the world astray from the goal of keeping the temperature increase below 1.5ºC.

196 countries finally came to an agreement over the Glasgow Climate Pact, the COP26 summit’s final document. The text clearly appeals to few, is rife with ambiguity in many respects, and plunges the planet even deeper into the climate emergency. It shows the vast distance between diplomatic negotiations and the voice of science. The economic interests of countries and companies spoke much louder than the need to build sustainable development throughout our planet.

The implementation of the UN’s Sustainable Development Goals (SDGs) has grown even more distant, since without an adequate and stable climate, many of them are unattainable. Importantly, the IPCC (Intergovernmental Panel on Climate Change) shows the need to reduce emissions by 45% by 2030, so that the goal of limiting warming to 1.5ºC is feasible. COP26 did not reflect the urgency seen in the latest IPCC reports.

In the 30 years since Rio-92, science has made clear the urgent need to reduce greenhouse gas emissions, especially the burning of fossil fuels. COP26’s resolutions take the planet on a temperature increase trajectory of 2.4 to 2.7°C, far from the 1.5°C recommended by science. Rather than recommending an end to fossil fuel use, the document cites “cuts to inefficient subsidies for fossil fuels.” Governments currently spend about $1 trillion annually on subsidies for the oil and coal supply chains. But they refuse to help with $100 billion to save the planet.

Incredibly, for the first time, a declaration in a UN Climate Convention mentions “fossil fuels” as a problem to be tackled and recommends the gradual reduction of the use of this form of energy. Science has been talking about this imperative for over three decades. The economic interests of the fossil fuel industry spoke louder than the interests of 7.7 billion people.

The document speaks of “an accelerated effort to gradually reduce the rampant use of coal and subsidies for inefficient fossil fuels.” This “gradual reduction” can take 20, 40, or even 80 years. No goal, date, or mechanism is spelled out in the document regarding this topic.

One of the document’s most criticized aspects was the glaring absence of a more concrete provision regarding “losses and damages”, that is, compensation for poor countries that are already suffering the impacts of climate change. The promise to set up an adaptation fund was not fulfilled, much like the mobilization of resources to help developing countries reduce their emissions and adapt to climate change. The document continues to push forward the decision on how this economic transformation will be financed in the poorest and most vulnerable countries. Rich nations have refused to financially support the poorest in dealing with the climate crisis.

Within 12 months, all major emitters will be required to explain how their policies and plans are aligned with the Paris Agreement’s global warming ceiling targets to the UN. The new text also asks countries to communicate their plans to achieve net-zero emission rates, that is, that the CO2 they produce is not greater than that which they remove from the atmosphere. The Glasgow pact calls for this goal to be achieved “by the middle of the century”. The IPCC clearly poses the need for emission neutrality much earlier than 2050. To limit warming to 1.5ºC, developed countries would have to zero their net emissions by 2030, and developing countries should do the same by 2040. Brazil has pledged to be emissions neutral by 2050, India by 2070, and most developed countries by 2040.

One of the important points of the Paris Agreement, the so-called Article 6, which regulates carbon markets and emissions trading, has made some progress. The Glasgow Pact covers some of the loopholes in the deal, which would allow for “double counting”, in which countries that sell carbon credits to others would be exempt from adjusting their NDCs (Nationally Determined Contribution). The inclusion of forest conservation in the carbon market, which was in Brazil’s interest, had its regulation postponed. China, the United States, and the European Union will possibly study the implementation of legislation to stop the importation of products connected to deforestation.

The real confrontation of climate change will require a new governance model, no longer dependent on consensus among 196 countries. The covid-19 pandemic taught us that to deal with global problems, we have to take a global, not national or municipal, approach Our mistakes cost millions of lives. Climate change has the potential to affect the lives of billions of people, and a new governance model is needed. As in the COVID pandemic, global solidarity to save lives was not present in Glasgow.

It’s important to highlight that the recommendations contained in the Glasgow Pact and the Paris Agreement are not binding, they are only political commitments. If Brazil does not fulfill its commitment to zero deforestation in the Amazon by 2028, there are no explicit and agreed mechanisms to punish the country. The same goes for all countries that do not meet their voluntary neutrality or emission reduction targets. Does it have a chance of working? Certainly not.

The physicist and USP professor Paulo Artaxo, an IPCC member, is writing about the COP26 especially for PlenaMata, direct from Glasgow. The opinion articles are the author’s responsibility.