What to expect from the COP26 resolutions 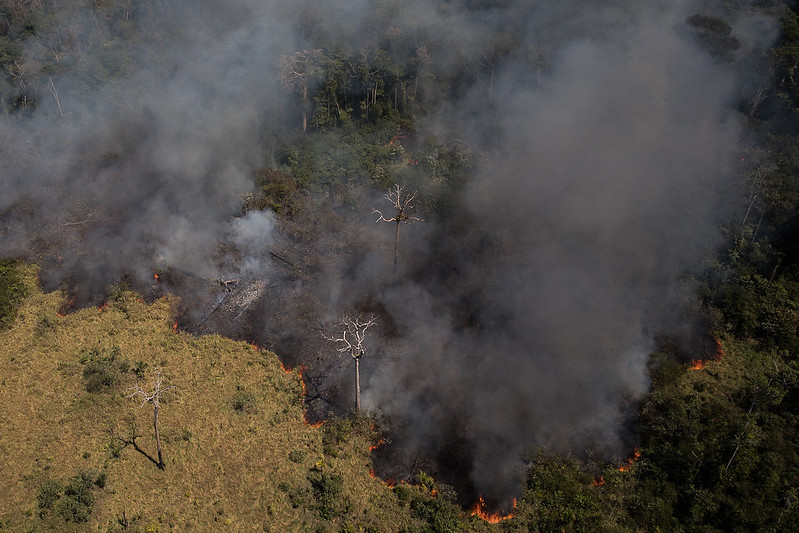 The transition to a low-carbon economy involves structural changes that require a new governance system. This is one of the most important points of the Climate Summit.

The 26th UN Climate Change Conference (COP26) will certainly be one of the most important meetings in tackling global climate change. From October 31st to November 12th, negotiators from 196 countries will gather in Glasgow to make decisions that could bring some relief to the issue that is increasingly important to popular opinion. The latest IPCC report and the increased occurrence of extreme weather events are causing a huge increase in the pressure for concrete measures to reduce greenhouse gas emissions.

Since Rio 92, 30 years ago, science has made it clear that the socioeconomic system that overexploits the planet’s natural resources is not sustainable. The short-term vision of companies and governments is not compatible with the long-term sustainability of the planet and the well-being of its populations. Positive economic growth all the time simply doesn’t exist on a planet with finite natural resources. Meeting the UN’s Sustainable Development Goals (SDGs) depends on a stable climate and a socioeconomic system focused on people’s well-being, not just on maximum corporate profits. The economic system of the last 40 years has been particularly destructive. The initiators of the Paris Agreement intended to have a binding treaty and not a voluntary agreement as the mechanism to be implemented.

The latest IPCC report clearly states that we have to reduce greenhouse gas emissions by around 7% per year, from 2021 to 2050, and achieve zero emissions by 2050. From then on, we will have to remove CO2 from the atmosphere. Not doing this is risking an increase in the planet’s average temperature by 4.3 degrees Celsius, which in continental areas like Brazil means increasing the temperature by about 5.5 degrees. The rise in sea level over this century could be on the order of 1.7 meters, which affects billions of people living in coastal areas. Increased extreme weather events, less water availability, and low food production capacity are some of the known effects.

For COP26, countries would need much more ambitious emission reduction commitments (known as NDC, for Nationally Determined Contributions) than those presented in the Paris Agreement. If all countries meet their commitments, the planet’s average temperature will rise by 2.7 degrees Celsius.

Some of the topics that will probably be discussed at COP-26 include:

– A decision to maintain the maximum temperature rise limit at 2°C, with a goal that it does not exceed 1.5°C.

– Regulation of a carbon market, with rules to reduce emissions. Associated with the carbon market, discussions on taxes penalizing carbon emissions (carbon taxes) should be initiated.

– Establishment of effective financing mechanisms for developing countries to reduce their emissions and adapt to climate change.

– An agreement on mechanisms for verifying emissions with transparency, and frequent periodical re-analyses of each country`s goals and results.

– Setting targets for methane (CH4)emission reductions in addition to CO2 reduction. Methane has 50 times the greenhouse effect and a short half-life (11 years).

Each of these topics has important difficulties in their way to approval by consensus by the 196 countries that are members of the Climate Convention. The transition to a low-carbon economy necessarily involves structural changes that require a new governance system.

To solve complex world problems, individual actions by countries or economic sectors may not be enough. A new global governance system urgently needs to be implemented. The UN, the Climate Convention, and other instruments were not designed and do not have a mandate to solve a problem as far-reaching as climate change.

It’s important to highlight that Brazil increased its emissions by 9.5%  from 2019 to 2020, despite the covid-19 pandemic. Brazil deforested 10,500 km² of forests in 2020, and the degradation of the Amazon rainforest could be turning regions of the Amazon into a source of greenhouse gases. Brazilian agricultural emissions have also increased, despite the urgent need to reduce emissions.

There are serious barriers to developing a sustainable system, including the fossil fuel industries, agribusiness, the financial system, and other major institutions, which are designed and operate to maximize quick profit and have no social or sustainability commitments. It is important to point out that companies and large corporations are an important part of the national and global political game and without their effective participation, we will have no way out of the issue of climate change.

The so-called ESG (Environmental, Social, and Governance) strategies implemented by some companies are not enough to guarantee a future with a stable climate and a fairer socio-economic system for the less privileged, leading to a reduction in social inequalities.

Physicist and professor at USP, Paulo Artaxo, member of IPCC, writes about the COP26 especially for PlenaMata from Glasgow, during the two weeks of the event.