Reca: a sustainable way of living with the forest 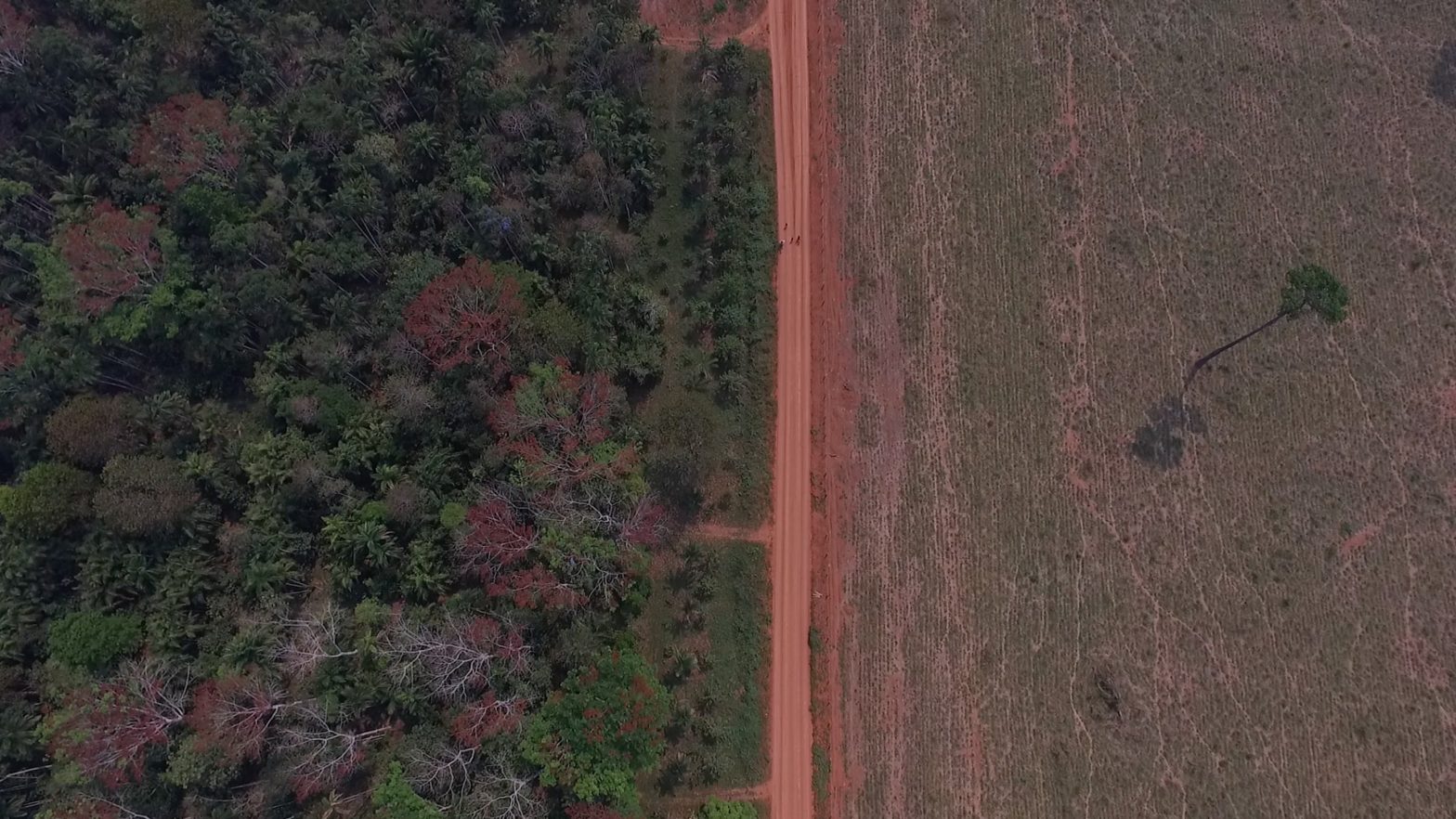 A cooperative from the state of Rondônia, in the Amazonian arc of deforestation, brings together 300 families and serves as a model of socio-environmental development for the Amazon.

Who’s involved?
300 families that make up the Association of Small-scale Agroforestry and the Agricultural and Forestry Cooperative of the Reca Project

What is it?
Rural production based on agroforestry systems 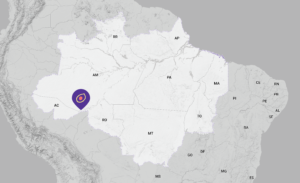 Nova California, a district of Porto Velho, the capital of Rondônia.

In the 1980s, while the country resumed direct elections and debated a new constitution, Brazilians from different parts of the country headed north, where the forest cradled dreams of a better future. One of them was the philosopher and former professor from Paraná Sérgio Roberto Lopes, now 61 years old. His childhood and studies in lush green environments inspired his journey to the Amazon in 1984. Lopes migrated alone. Later, he was followed by his wife and one-year-old daughter. In the beginning, they saw many families return to their homelands, overcome by malaria or by the difficulties in producing and selling in a region with precarious infrastructure, like Rondônia at that time.

But they persisted and joined forces with other migrants to get titles to their lands. Initially supported by the Catholic Church and by the Rural Workers Union, the group took root in Rondônia and implemented a production model associated with the maintenance of the forest: the Densified and Consortium-based Economic Reforestation Project, Reca, recognized as a model of sustainable production in the country and abroad.

“I am a family farmer. My children studied and graduated. It was worth it for personal and human achievement, for our bonds with people, and for economic gains. Our path is based on cooperation. The project is a reference in agricultural production in the Amazon because it brings the wealth of the forest into the farmer’s field”, described Lopes.

The initiative is located in the district of Nova California, 360 kilometers from Porto Velho (RO) and 150 kilometers from Rio Branco (AC). The lots dedicated to agroforestry occupy a thousand non-contiguous hectares, where items such as cupuaçu, pupunha (peach palm), copaiba, brazil nuts, and açaí are produced. Altogether, they use over 40 species of fruit, medicinal and Amazonian trees for production in agroforestry systems (AFSs), which combine planting and conservation of native vegetation with agricultural crops or animal husbandry. All of the project’s labor comes from the members of the cooperative.

“The AFSs are maintained by 300 families, who also produce cattle, fish, poultry, and honey to keep their accounts balanced in times of economic crisis or production problems caused by climate issues,” explained Hamilton Condack, a Rio native from Paraty who has been working in the cooperative since 1991. Today he is its president-coordinator.

Annual production exceeds one thousand tons of pulps, oils, hearts of palm, nuts, and seeds. Everything is sold in Brazil, especially to industries and resellers in São Paulo, Acre, Rondônia, and Pará. Other more recent economic arrangements also help in the economic and socio-environmental sustainability of the project, such as the “Carbon Neutral” initiative.

The initiative is part of a mechanism created by Natura and the Institute for Conservation and Sustainable Development of the Amazon (Idesam) that rewards Reca families for forest conservation and for access to the genetic heritage of açaí, cumaru, cupuaçu, Brazil nuts, and copaiba. The project foresees annual financial transfers for 25 years and covers projects in Rondônia, Acre and Amazonas.

According to Denise Hills, Natura’s global sustainability director, the project has reduced carbon emissions by 130 thousand tons and generated an additional income of over R$ 2.3 million for the members since its inception. “This means that the equivalent of approximately 240 football fields of forest was conserved during the period”, he said. “It is economically viable to reconcile productive activities and a standing forest, all the while increasing income generation for families in the Amazon. After all, the smaller the deforestation registered in the place, the greater the financial return of producers for environmental services”, explained Hills.

According to Idesam’s mapping based on satellite images from the National Institute for Space Research (INPE), the average annual deforestation in the Reca lots was 0.93% between 2013 and 2016, while in the surrounding areas the rate was 1.9% per year, 105% higher. Between 2018 and 2020, deforestation on Reca properties was further reduced to 0.52% – one fifth of the average rate observed in properties with a Rural Environmental Registry (CAR) of up to 400 hectares in the same region at 2.47%.

On the map, hover over deforested areas for information about annual deforestation rates and zoom in to see more details.

Data from the municipality of Porto Velho reveal how Reca has become a forest stronghold amid an accelerated change in local vegetation, which shrank from 31,690 km² to 22,634 km² between 1985 and 2020, according to data from MapBiomas. Conventional agriculture, based on monoculture, jumped from 842 km² to 9,787 km² in the same period.

The deforestation that surrounds the lots – and even destroys productive areas – is added to other obstacles managed by the cooperative, such as combating fires. All members receive training to improve and expand production as well as pest and disease control and firefighting. The members also want to install photovoltaic energy to reduce electricity costs. Costs and delays relating to technical and logistical assistance are a financial burden.

“We have already lost production due to cold chambers that broke down. Technicians coming from cities can cost up to 50% more than if they were in the region. Industries in southern Rondônia, for example, are more than 1,000 kilometers away. This is a big burden, and there are no subsidies to alleviate these expenditures”, explained Condack.

But no one thinks about giving up – and everyone hopes that the project will multiply throughout the Amazon. “The challenge is to maintain the rural association. We need more children and grandchildren working here. Agroforests keep people in the countryside and do not use chemicals like agribusiness, but they demand qualified labor and appropriate equipment. If this (Reca) were a strong public policy, it would spread this way of producing and living throughout the Amazon”, evaluated pioneer Sérgio Lopes.

The executive director of the Amazon Entrepreneurship Center, Raphael Medeiros, believes that experiences like Reca provide a socio-environmental business model for the Amazon because they add value to regional production while maintaining the forest and its natural resources. It is mirrored in initiatives that generate jobs and income in other countries, such as bird watching, sport fishing, and ecotourism.

“Activities like these move more resources than all of Brazil’s soybean exports. In the Amazon, we can produce whatever we want, but there are bottlenecks. The region is the largest producer of cocoa and has the highest concentration of textile fibers in the country, but it does not have a scientific hub to explore this potential, to improve the production and conservation of its many products. That’s why we’re being swept out by countries with economies focused on tropical forests”, he lamented.

According to analyses of the Amazon 2030 project, foreign trade in products compatible with the forest and which are already exported by the Amazon moves US$ 176.6 billion annually around the world. The participation of the Amazon was negligible, accounting for only 0.17% in the period.

According to Medeiros, coordinated and continuous actions between governments, the private, civil, and academic sectors are the way out to create a new ecosystem for sustainable development in the region, enabling the creation and strengthening of more agroforestry cooperatives. For him, large infrastructure works and conservation initiatives must not forget small producers and companies, which are also great opportunities for investments that will produce positive social and environmental impacts, generating labor and keeping people in the countryside.

“It might not be easy, but it is far from difficult. We will have better results in sales and conservation when we establish the foundations of this new economic environment, telling better stories about the Amazon”, said Medeiros. They exist, and Reca is proof of that.

Image at top of page shows the contrast of forest conservation on Reca plots with the deforestation observed on neighboring properties. Credit: Natura/Divulgação