The solution for the fertilizer crisis is not in indigenous lands 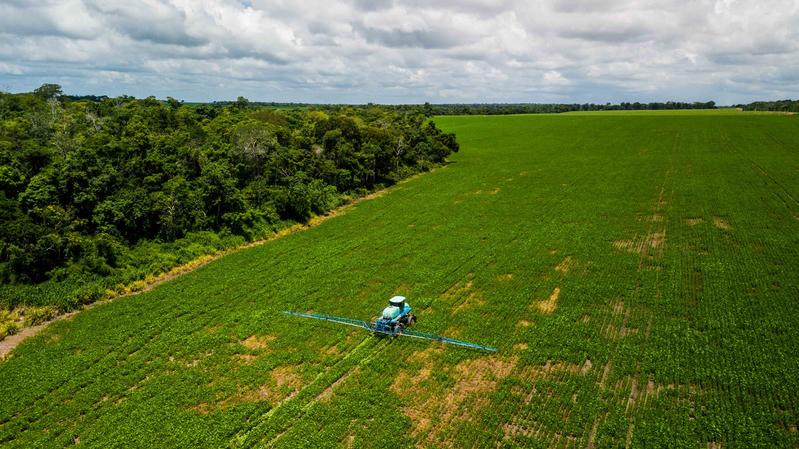 Coalition Brazil: PL 191 is the result of casuistry: it does not contribute to the acute fertilizer crisis and also endangers areas of preserved forest, which contribute to the rain, so vital for agribusiness.

In early March, the first days of the Russian invasion of Ukraine brought an important debate to light in Brazil: the possible stagnation of the flow of fertilizers to the country. Many people outside the agricultural sector learned that Brazil, one of the largest food producers in the world, depends on the importation of much of its fertilizers, especially potassium, despite their use in this strategic sector.

The crisis in Eastern Europe has shown how the various markets on the planet are highly interdependent, which, in situations of global crisis, such as wars and pandemics, puts at risk those nations that depend on strategic inputs, such as Brazil with fertilizers.

We are the world’s fourth largest consumer of fertilizers and are among the main importers of these inputs: 85% of what we use comes from outside the country, and Russia accounts for 23% of this total.

To the surprise of many, the debate, which could be positive for the country to create strategies to promote alternatives, such as the diversification of import sources or the leverage of the national fertilizer industry, went in an unexpected direction: the Chamber of Deputies, the Lower House of Congress, placed Bill (PL) 191/2020, which allows mining on indigenous lands was placed on the agenda as an urgent matter.

Not only that: the bill also opens the possibility of building hydroelectric power plants and implementing industrial agriculture in these areas, which could affect the Amazon the most among Brazilian biomes. A clear case of casuistry, which does not contribute at all to the acute fertilizer crisis and also endangers areas of preserved forest, which contribute to rainfall in the country, vital for agribusiness itself.

The bill is seen by environmentalists, indigenous peoples, and parts of the agribusiness and mining sectors themselves as unnecessary and mistaken. The Brazil Climate, Forests, and Agriculture Coalition, a movement that brings together over 300 companies, civil society organizations, financial institutions, and members of academia, questioned the need to vote on the text urgently, warning of the risks of hurrying through the process without properly listening to civil society and without undergoing rigorous analysis by the competent committees.

“Mining on indigenous lands does not solve the fertilizer problem,” the coalition warned in its widely publicized statement. The fact is that two-thirds of potassium reserves in the country are outside the Amazon and, out of these, only 11% are located on indigenous lands. The survey was carried out by the Federal University of Minas Gerais (UFMG) with data from the National Mining Agency (ANM) and the Brazilian Geological Service.

A relevant fact for the debate is that, according to UFMG, if investments are made to extract the potassium contained in different types of salts and potassium rocks, the country’s existing reserves could maintain Brazil autonomous until the year 2100 and beyond. Furthermore, ANM has over 500 active potassium mining processes in progress that could be developed without the need to intervene in indigenous territories.

If approved, the bill can further contribute to Brazil’s loss of international reputation, increasing deforestation and compromising its competitiveness in the market, destroying opportunities for the country to be a protagonist in a global economy that increasingly seeks decarbonization and social inclusion.

Other paths are possible and necessary. The war between Russia and Ukraine will certainly affect prices and availability not only of fertilizers, but of food as a whole. We need to invest in opening new markets, both for the purchase of fertilizers and to sell our products.

It is urgent that we resume mineral research in Brazil and create incentives for the resumption of national production of these inputs. It is also essential to invest in research for alternatives to imported chemical fertilizers. By doing our homework, we can not only protect our production and markets but also advance to more sustainable production models aligned with climate change mitigation and adaptation, falling in line with demands for deforestation-free products.